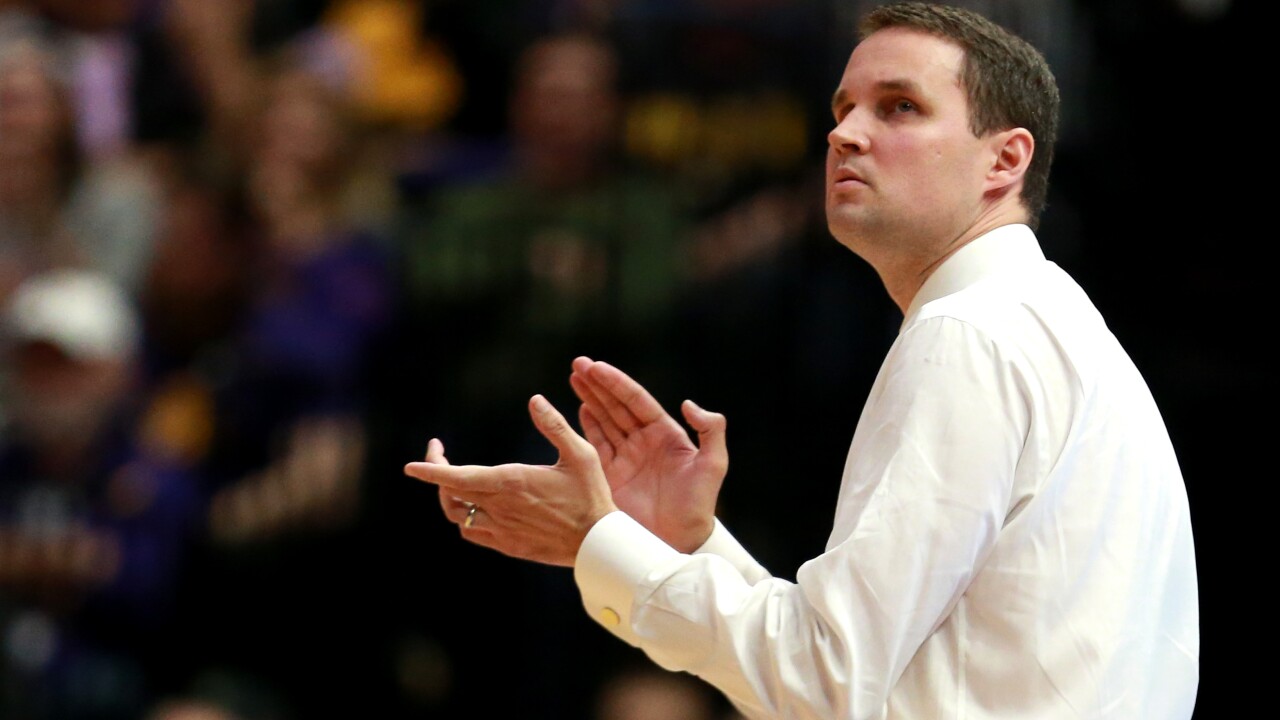 BATON ROUGE, La. – Will Wade, the second-year head men’s basketball coach at Louisiana State University, has been suspended indefinitely by the school.

In a story published yesterday, the former VCU head men’s hoops coach was reportedly caught on a wiretap obtained by the FBI in 2017 discussing a “hell of an offer” to a prospective recruit with Christian Dawkins, a former aspiring sports agent, who this week was sentenced to six months in federal prison for his involvement in the college basketball corruption scandal.

According to Yahoo Sports, the details of the offer — and to whom it was made — are both unknown.

Recent media reports regarding Coach Will Wade are without question concerning to all of us. As such, we and university officials have taken deliberate and purposeful steps to fairly assess and adequately address this situation. As we have done since media reports first surfaced months ago, we are closely coordinating with the NCAA with every step. They have our full cooperation and we will continue to report to them all facts and information on this matter. All of us at LSU share the obligation to protect the integrity of this institution, as such we have suspended Head Coach Will Wade indefinitely until such time as we can ensure full compliance with the NCAA, as well as institutional policies and standards. Assistant coach Tony Benford will assume the duties of interim head coach.

Wade has guided the Tigers to a 25-and-5 record in 2018-19, including a 15-and-2 record in SEC play. With a win tomorrow vs. Vanderbilt, the Tigers win the SEC regular season title.

Prior to being hired at LSU, Wade led VCU to a 51-and-20 record in 2015-16 and 2016-17 – including two NCAA Tournament appearances. The 2016 Rams advanced to the second round of the tournament, defeating seventh-seed Oregon State before losing to Oklahoma. Wade was the youngest head coach in the NCAA Tournament in 2016. In 2017, VCU lost to St. Mary’s in the first round of the NCAA tourney.

Wade previously served at VCU as an assistant with the Rams under Shaka Smart from 2009-13. VCU was 113-and-37 during that time, reached three NCAA Tournament and won the 2012 Colonial Athletic Association Championship. He was part of the staff in 2011 when VCU advanced from the NCAA “First Four” all the way to the Final Four in Houston.