As Barbie turns 60, how has the world’s most famous doll grown up? 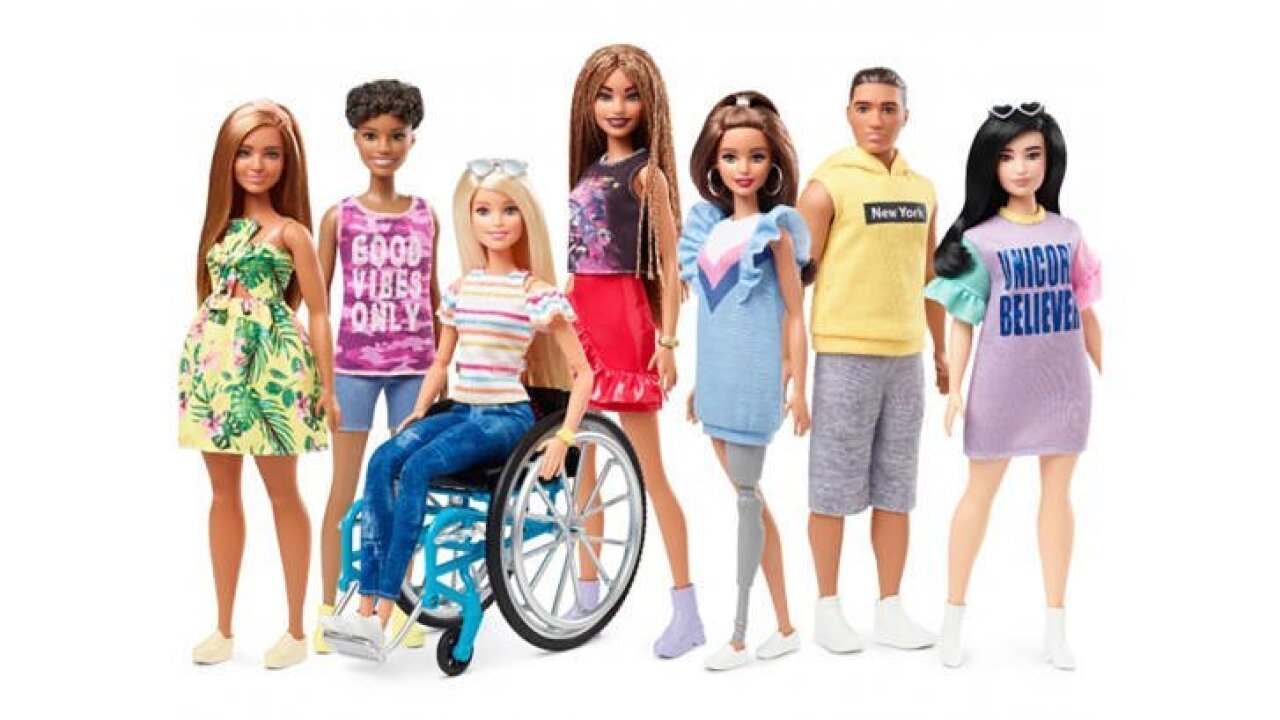 Barbie has been a surgeon, an astronaut, a news anchor and a president. She’s been the Duchess of Cambridge, several characters in “Mad Men” and every member of Destiny’s Child.

But on her debut at the New York Toy Fair on March 9, 1959, she was just a doll in a swimsuit and ponytail, with white sunglasses in her hand.

So how does Barbie remain so ubiquitous, and as the world has changed, how has she?

To Lisa McKnight, senior vice president and global general manager of the Barbie brand, the doll has remained popular because “she’s continued to reflect culture and the world girls see around them.”

But if Barbie’s evolution has been crucial to her success, the journey has never been simple.

Barbie was created by Ruth Handler, who owned the toy company Mattel with her husband Elliot. She was inspired by the paper dolls her daughter Barbara played with, as well as a German doll named Bild Lilli (which was based on a risqué cartoon, and intended as an adult gift.)

“At first, Barbie was a way for young children to project themselves as grown-ups,” said Aurore Bayle-Loudet, who worked on a 2016 Barbie exhibition at the Musée des Arts Décoratif in Paris. Barbara saw her paper dolls as adults, but “the baby-shaped dolls of the time did not allow those projection games to happen.”

By 1960, Barbie was gainfully employed, as either a nurse, fashion editor, flight attendant, or “Executive Career Girl.” The next year, she had a swim-shorts-clad boyfriend, Ken, and the year after that, her first car and a “Dreamhouse.” She became a CEO, a pilot and multiple presidential candidates.

But as Barbie was breaking ground as a career woman, she was drawing criticism for upholding a slim, white, domestic ideal.

The first black doll in the range, marketed as “Colored Francie,” wasn’t released until 1967, and it would be another 13 years before the brand launched Hispanic and black versions of Barbie herself. Further complicating matters, the non-white dolls were often, as black feminist critic Ann duCille wrote in 1994, “dye-dipped versions of archetypal white American beauty.”

Then, of course, there’s Barbie’s body. According to the BBC, if the original long-legged, tiny-waisted doll was scaled up to human size, she would have a 21-inch waist and 30-inch hips. In comparison, a 2018 government report found the average waist size of American women was 39 inches.

In 2016, a Time cover story headlined “Now can we stop talking about my body?” heralded a change. Mattel introduced 33 new Barbies, available for the first time in three additional body shapes: tall, petite and curvy.

The updated range of Barbies also offered seven skin tones, 22 eye colors and 24 hairstyles. The following year saw the debut of the first hijabi Barbie, as the doll based on Olympic fencer Ibtihaj Muhammad was added to the “Shero” collection.

In February 2019, new additions to the “Barbie Fashionistas” line included a doll using a wheelchair and another with a prosthetic leg. In 1997, Barbie gained a friend named Becky who used a wheelchair, but the doll was discontinued — in part because even after redesigns, her wheelchair didn’t fit in the Dreamhouse.

“We are continuing to push ourselves and evolve, as evidence of the new additions which include a new body, hair texture and representation of physical disabilities,” Mattel’s McKnight said.

Not all of the 2018 additions were welcomed, however. The new Kahlo Barbie faced criticism for “whitewashing” the Mexican artist, minimizing her unibrow, and inaccurately representing her clothes.

“You don’t turn a doll into Frida Kahlo by putting flowers in its hair and giving it a colorful dress,” Kahlo’s great-grandniece, Mara de Anda Romeo, told the Telegraph.

Others noted that the Barbie based on Olympic champion Nicola Adams, a British boxer, had slender arms and legs that didn’t reflect the athlete’s muscular physique. When Iris Apfel, the 97-year-old style luminary, received a one-off Barbie in her image the same year, the doll was notably missing any wrinkles.

This year, more than 20 new “Sheroes” will be immortalized as Barbies: among them, supermodel and activist Adwoa Aboah, gymnast Dipa Karmakar — the first female Indian gymnast to qualify for the Olympics — and “Grown-ish” actress and activist Yara Shahidi.

When we come together, anything is possible! Celebrating the accomplishments of #MoreRoleModels than ever from across the world who break boundaries and inspire limitless potential. 🌍 #Barbie60 #YouCanBeAnything #barbie #barbiestyle

“By introducing girls to stories of women from all walks of life, they begin to see more opportunities for themselves,” the Barbie website reads.

The range is part of the “Barbie Dream Gap” campaign, which McKnight described as “an ongoing global initiative aimed at raising awareness around limiting factors that prevent girls from reaching their full potential.”

Beyond the toy store

At 60 years old, Barbie’s has transcended the toy store shelf (or the Amazon warehouse). She stars in a Netflix series, “Barbie Dreamhouse Adventures,” and has almost 40 animated films to her name. In January, it was announced that Margot Robbie will play Barbie in a live-action movie.

She’s also a certified social media icon. On her most popular Instagram, @barbiestyle, she shares her outfits, street-style shots and “candid” photos of her hanging out with friends.

With 2 million followers, she’s on a par with some of the bigger social media influencers. On YouTube, where she posts animated vlogs with titles like “Finding Your Voice,” “What’s In The Box Challenge!” and the Halloween-themed “Lion Makeup Tutorial With Ken,” she has almost 6 million subscribers.