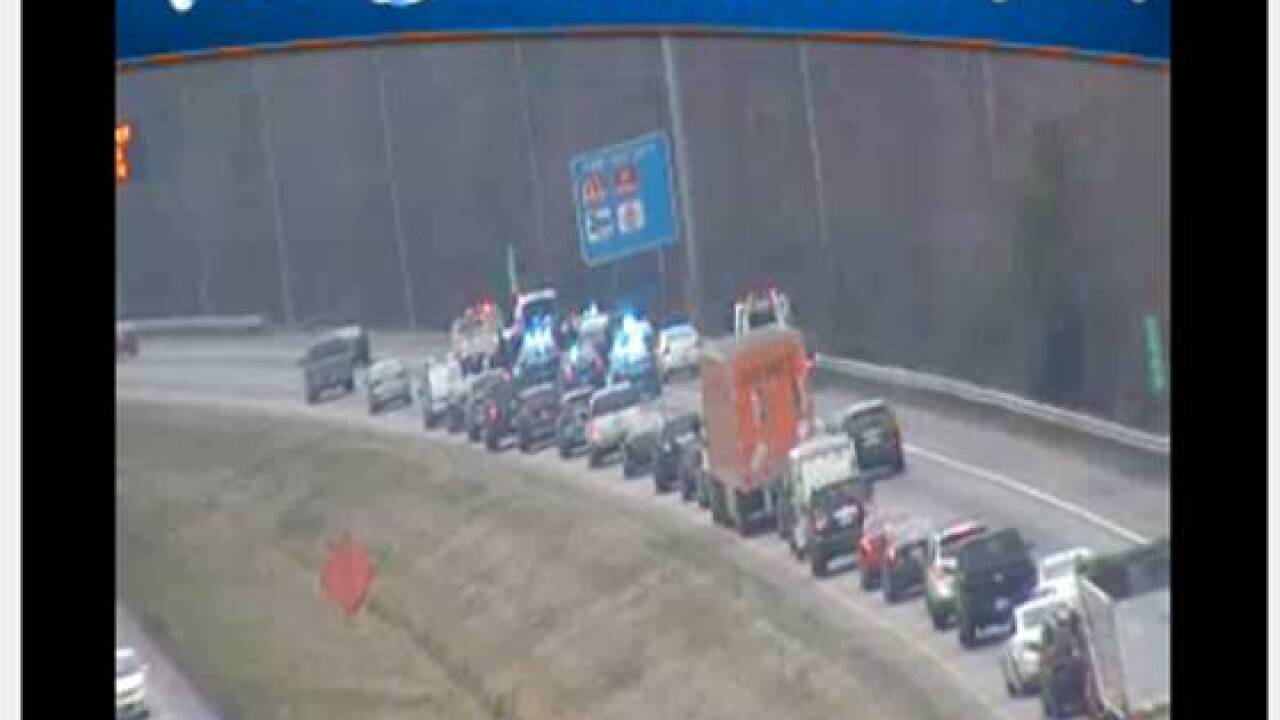 CHESAPEAKE, Va. – The Chesapeake Police Department and the Virginia State Police were involved in a police chase Saturday morning.

According to Detective Kahlil Pacheco, police responded to the area of Dominion Boulevard and Moses Grandy at 8:28 a.m. for a grey Toyota Corolla that was driving recklessly. At 8:48 a.m., Chesapeake Police attempted to make a traffic stop on that vehicle near the intersection of Sam’s Drive and Sam’s Circle.

The driver refused to stop, and a slow-speed pursuit began.

Spike strips were deployed near the intersection of Sam’s Drive and Volvo Parkway. The spike strips deflated two of the vehicle’s tires, but the pursuit continued onto I-64 West towards Suffolk.

Spike strips were deployed again near I-64 and George Washington Highway, where the driver hit a Virginia State Police vehicle and came to a stop.

The driver was taken into custody at 9:16 a.m. and was taken to the hospital for precautionary purposes. No injuries were reported.

Charges are pending against the driver.