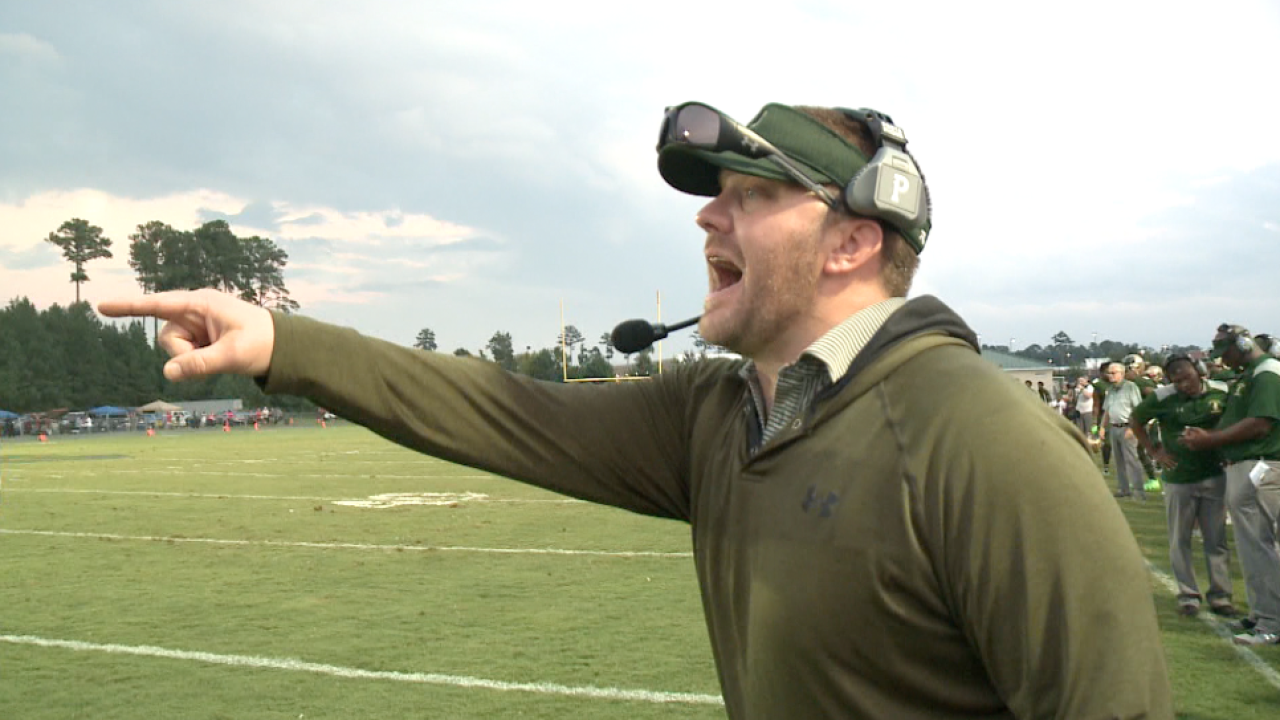 CHESAPEAKE, Va. – He’s new to Chesapeake, but no stranger to the high school football sidelines in coastal Virginia.

Scott replaces Scott Johnson, who stepped down from Oscar Smith in January. Johnson led the Tigers to a state runner-up finish in 2017 and a 11-and-2 record in 2018. Prior to taking over as head coach, Johnson spent five seasons as an assistant coach at Smith. Johnson took over the program after head coach Bill Dee stepped down after the 2016 season due to health issues. He passed away a short time later.

Prior to his arrival at Bishop Sullivan in 2016, Scott served as the head football coach at Virginia Beach’s Ocean Lakes High School for eight years. He guided the Dolphins to an 86-and-10 record, five district titles, two regional titles, a pair of state-title appearances and the program’s first state championship (2014).

In 2013, Coach Scott was inducted into Hampden-Sydney College’s Athletics Hall of Fame.  As a defensive back at Hampden-Sydney College, he was a two-time All-American and three-time First Team All ODAC pick for the Hampden-Sydney Tigers from 1999-02.  Scott’s career mark of 20 interceptions is still an ODAC record.  He was the leader in interceptions in 2000, 2001, and 2002 while recording over 400 return yards.  In addition, Scott tallied 242 tackles, including a career-high 91 as a sophomore.  In 2002, the two-time team captain also helped lead the Hampden-Sydney Tigers to their first winning season since 1993.

We are pleased to introduce our new Head Football Coach, Chris Scott! Coach Scott was an All-American at @HSC1776 before coaching @OceanLakesHS to a State Title. Most recently, he coached Bishop Sullivan into the national spotlight. @OFSAmbushNation @OscarSmithFB #smithset