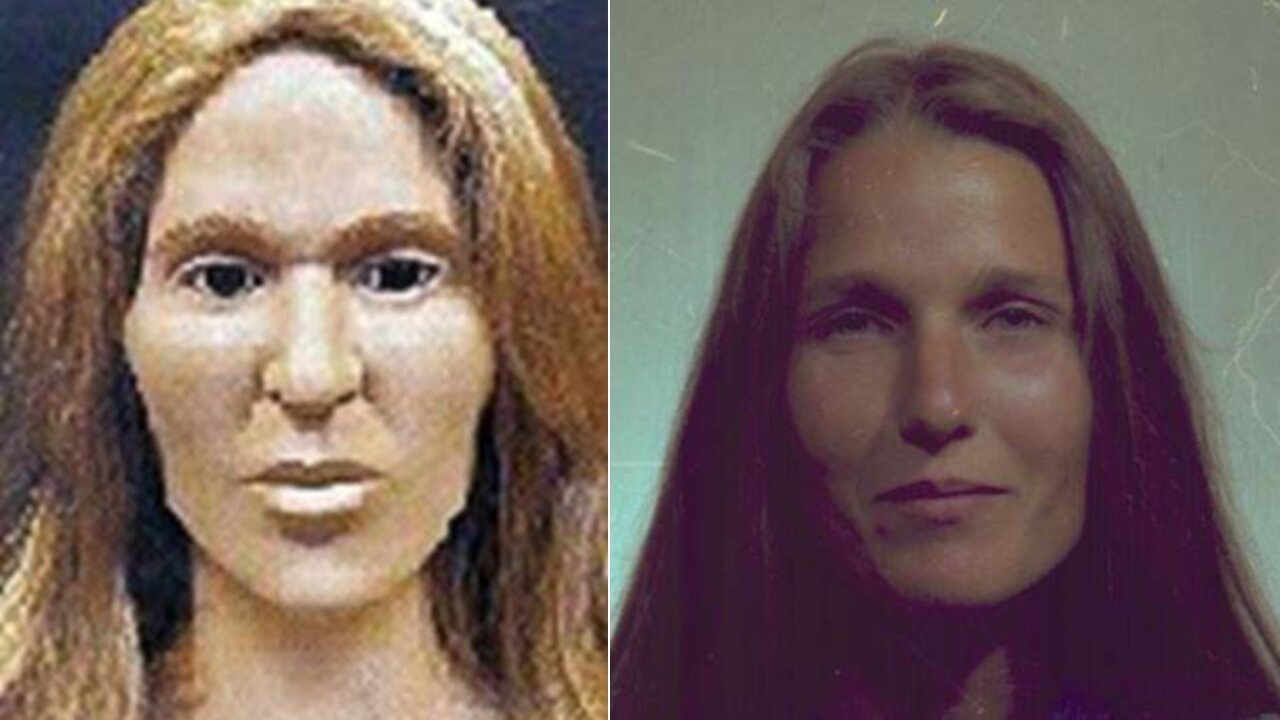 Photographs from 1991 show investigators huddled in a field of wildflowers in Vacaville. A 38-year-old woman was found dead on Nut Tree Road as crews were building the Premium Outlets.

Detectives at the time deemed the woman’s death suspicious. She had been dead for two to three weeks but there were no obvious signs of trauma or foul play, investigators said.

Several years later, the woman’s body was exhumed and a facial reconstruction model was created along with an artist’s sketch. The model and sketch were released to the public in the hope that someone would recognize her. Detectives said the images led to several leads, but no identification.

“It’s taken us 28 years to get a name, so now we got to put all that information together, kind of backtrack what her life was like,” said Vacaville Police Lt. Chris Polan.

Merkley also went by the name Cynthia Bilardi while married to her estranged husband, Dennis Bilardi.

“At one point in time I was in love with her and I married her and I watched her disintegrate,” Bilardi told FOX40 Monday.

Bilardi says his ex-wife was beautiful and troubled.

“She had major mental and drug and alcohol problems,” he said.

The couple had two children and lost touch in 1980.

“I didn’t know she passed away at all,” Bilardi said.

Bilardi found out his estranged wife was dead weeks ago from Vacaville police detectives. “So they scanned the preserved fingerprints through the databases,” Polan explained.

Lt. Polan says the Department of Justice and the FBI used new imaging technology to test preserved fingerprints when they got a hit in the system. Merkley’s fingerprints were on file from an arrest in the 1980s.

“The photo was actually when she was booked into one of the jails,” Polan said.

“It’s exciting because we have new leads to work off of but that’s a double-edged sword because now we’ve got to try to recreate everything about Cynthia that we don’t know,” Polan said.

Investigators say Merkley had ties to both Santa Rosa and Santa Cruz. She was estranged from her family for several years before she died, detectives said.

Detectives still want to know why she was in Vacaville and how she died.

Anyone who knew Cynthia around the time of her death is asked to contact Vacaville Police Detective Andy Polik at (707) 469-4814 or at Andrew.Polik@cityofvacaville.com.