Run it back: Redskins re-sign running back Adrian Peterson to two-year contract 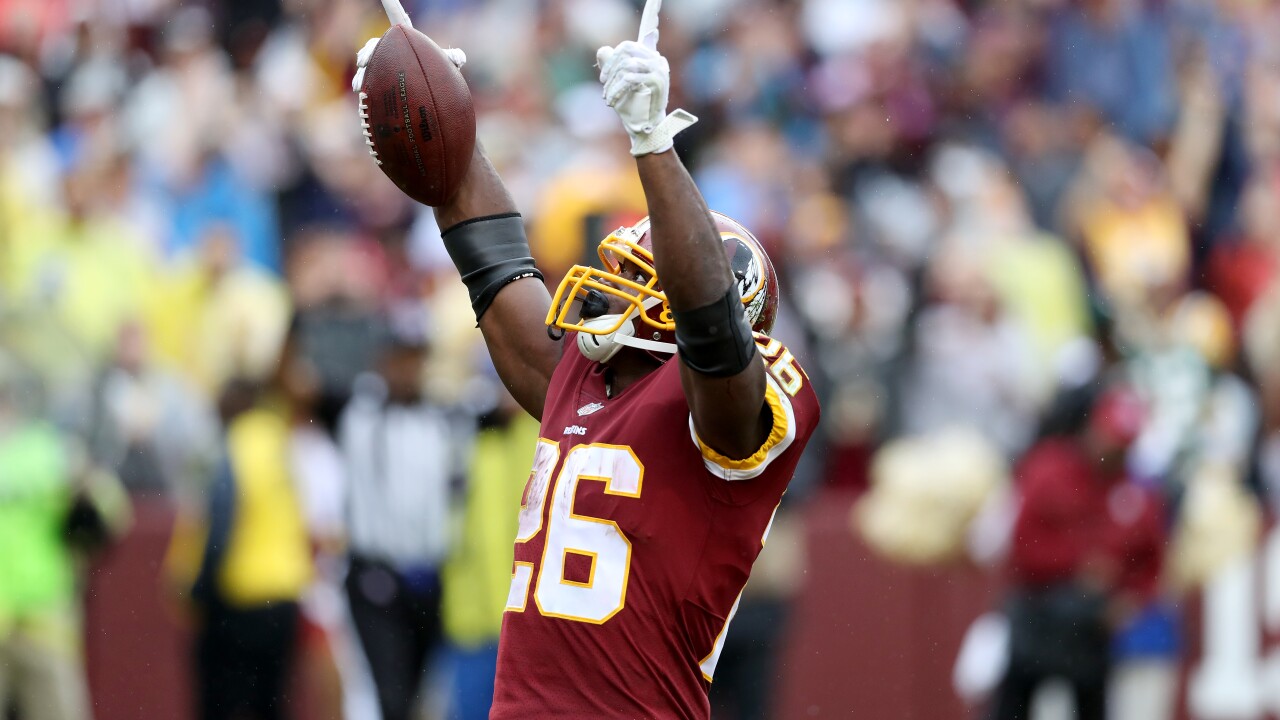 LOUDOUN COUNTY, Va. – All Day will remain in burgundy & gold.

Running back Adrian Peterson has re-signed with the Washington Redskins, according to ESPN’s Josina Anderson. The deal is a two-year contract worth $8 million.

Peterson rejuvenated his career in 2018 with the Redskins, playing all 16 games and leading the team in rushing with 1,042 yards. In 2017, he was traded from the Cardinals to the Saints, and only amassed 529 total yards. Peterson also rushed for seven touchdowns and caught one.

Peterson was the oldest running back to rush for 1,000 yards in a season since 1984 last season.

The Redskins currently have Peterson, Derrius Guice, and Chris Thompson under contract in the running backs room.