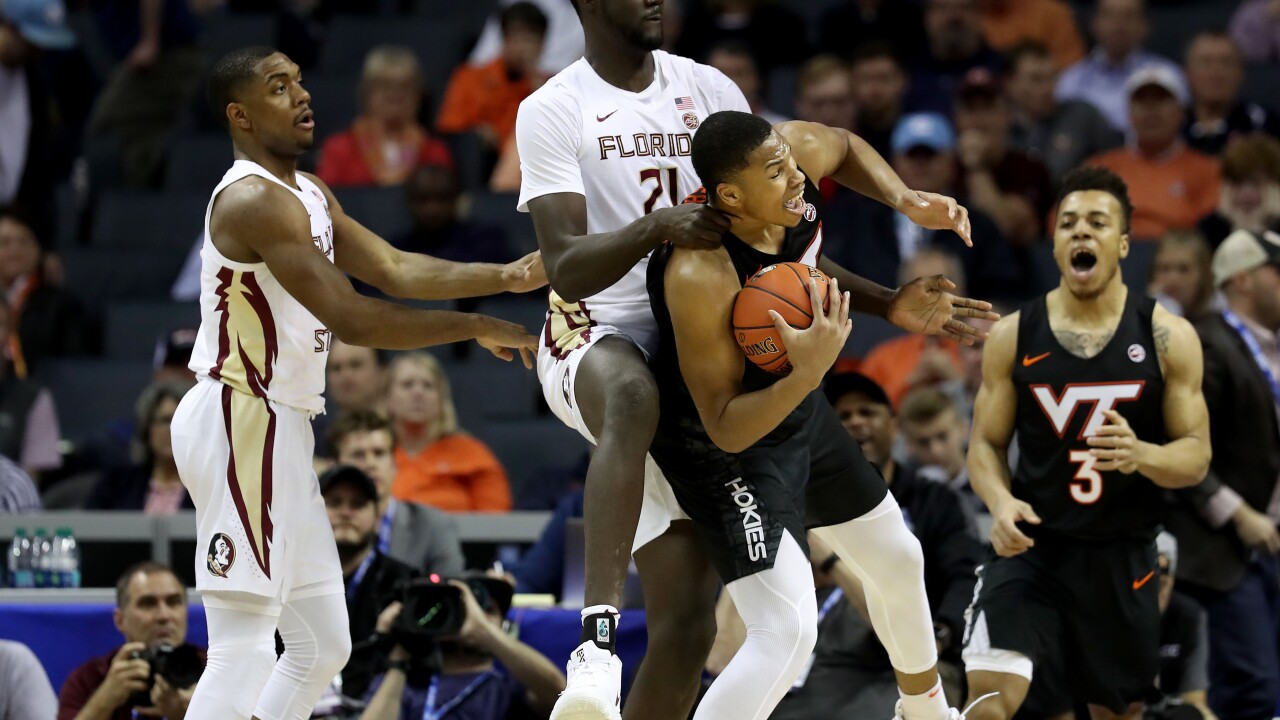 Kerry Blackshear gets wrapped up. (Photo by Streeter Lecka/Getty Images)

CHARLOTTE, N.C. -Terance Mann didn’t need to be on-balance to knock Virginia Tech off-balance and out of the ACC Tournament.

Kerry Blackshear gets wrapped up. (Photo by Streeter Lecka/Getty Images)

Florida State halted the Hokies in overtime 65-63 to advance to the semifinals tomorrow night. The Seminoles will face top-seeded Virginia at 7:00 p.m. on News 3.

Mann scored 10 points for the Seminoles, while Devin Vassell led the team with 16 points, including the game-tying three-pointer with :2 seconds remaining.

Virginia Tech finishes the season at 24-and-8, and will await their NCAA Tournament fate that will be announced Sunday at 6:30 p.m. on News 3.