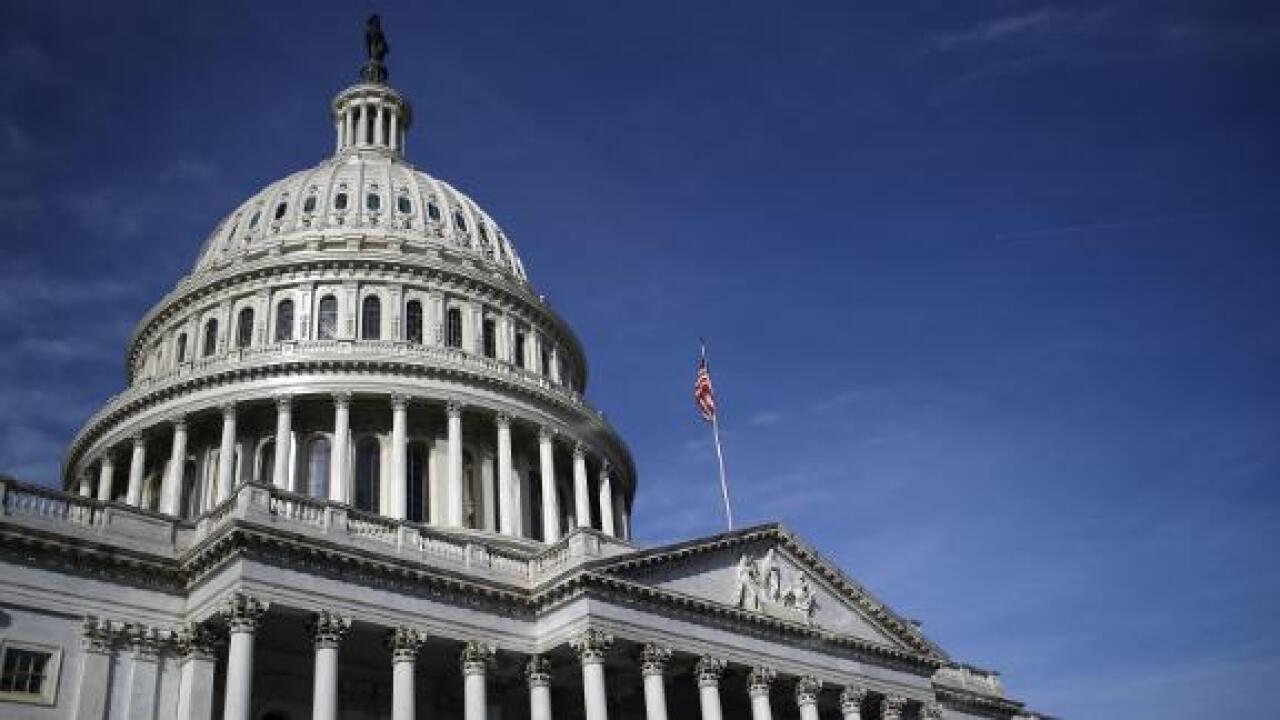 The vote was 59-41, an overwhelming vote against the President’s executive action.

Lawmakers don’t have enough votes, however, to override a certain veto from the President, but passage of the resolution in the Senate after it passed the House last month is nevertheless an embarrassing blow to Trump delivered by his own party over the President’s top campaign pledge of a wall at the US-Mexico border.

The 12 Senate Republicans who voted in support of the resolution were: Roger Wicker of Mississippi, Marco Rubio of Florida, Rob Portman of Ohio, Susan Collins of Maine, Lisa Murkowski of Alaska, Pat Toomey of Pennsylvania, Roy Blunt of Missouri, Lamar Alexander of Tennessee, Mitt Romney of Utah, Rand Paul of Kentucky, Jerry Moran of Kansas and Mike Lee of Utah.

An administration official said plans are underway for Trump to publicly veto the resolution rejecting his national emergency declaration. The official said aides are hashing out a plan for Trump to use his veto pen in front of the cameras as soon as Friday.

The setback for the President also comes on the heels of another high-profile break with his administration after the Senate voted just one day earlier to curtail US military support for a Saudi-led war in Yemen, which has created a humanitarian crisis in that country.

Senate Republicans have struggled for weeks over how to vote on the resolution to overturn the national emergency.

The vote forced many to choose between loyalty to a President unafraid to attack members of his party who defy him and an emergency declaration that conservative critics describe as executive overreach and warn could set a precedent used by Democratic presidents to declare emergencies over liberal priorities such as action on climate change.

“Declaring a national emergency to access different funds sets a dangerous new precedent,” GOP Sen. Rob Portman of Ohio warned in remarks on the Senate floor ahead of the vote. “It opens the door for future presidents to implement just about any policy they want.”

The senator went on to say, “a future President could seize industries … a future President may well say that climate change is a national emergency and use emergency authorities to implement the Green New Deal,” referencing a sweeping progressive policy proposal to tackle global warming.

Portman announced during his remarks that he would support the resolution, but made a point to say — as have many other Republicans — that he believes “President Trump is right about the crisis at the border.”

Republicans had to take a tough vote on the border declaration after House Democrats pushed for a resolution to terminate the national emergency that the President announced last month in an effort to unlock money for wall construction at the southern border.

The President declared an emergency when it became clear that Congress would not meet his demand for more than $5 billion in border wall funding. The resolution is privileged, which means that Senate Majority Leader Mitch McConnell could not block it from coming to the floor for a vote.

Enough Republican senators had already stated their support for the resolution ahead of Thursday’s vote to guarantee it would pass. But the President continued to publicly pressure Republicans to vote against the resolution in the hours leading up to the vote, framing the vote as a choice between supporting border security or siding with liberal Democrats on immigration.

A number of GOP senators announced ahead of the vote on Thursday that they would vote in favor of the resolution, including Mitt Romney, Lamar Alexander and Pat Toomey.

Prior to the day of the vote, GOP Senators Rand Paul, Lisa Murkowski, Susan Collins and Thom Tillis had said they planned to vote for the resolution.

In an apparent last-minute reversal, however, Tillis announced just ahead of the vote on Thursday that he would vote against the resolution, despite previously saying he would vote in favor in a Washington Post op-ed.

“Today, I come to the floor to say that I do not intend to vote for the resolution of disapproval,” the senator said, adding “The White House has been very gracious and I should say very patient given my initial position in working with us.”