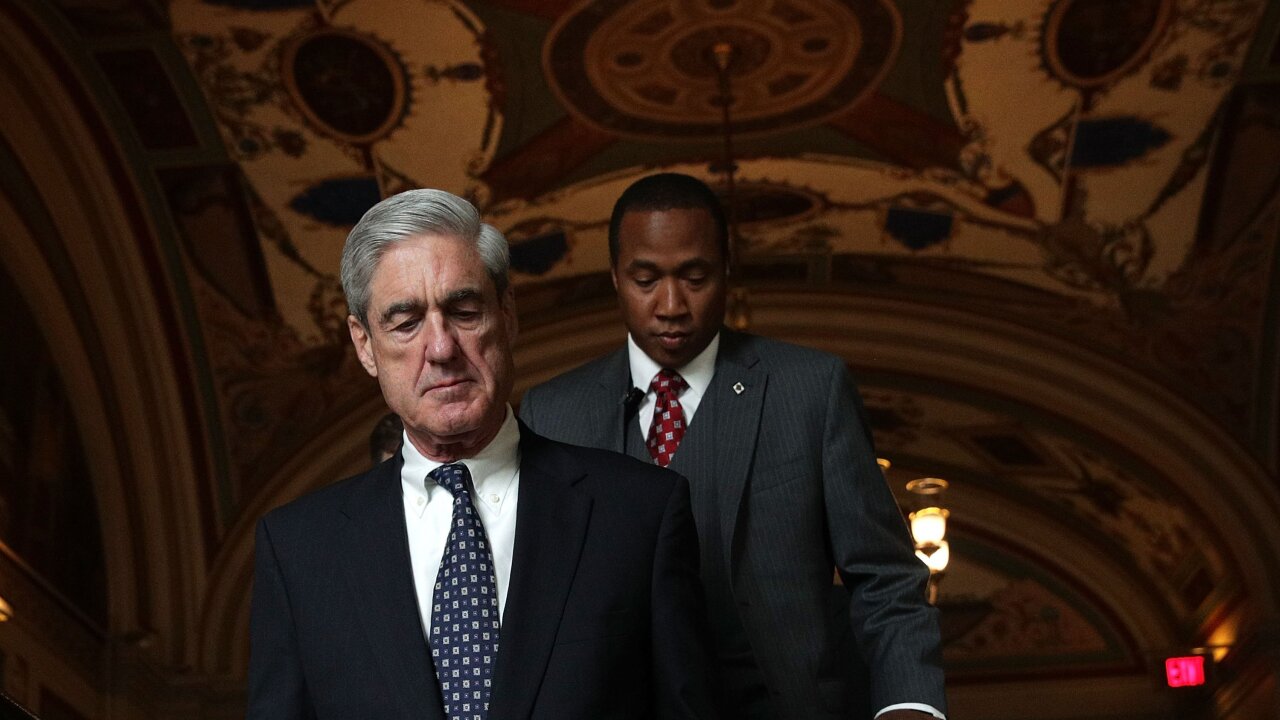 **This image is for use with this specific article only** Special counsel Robert Mueller’s office said Friday that former Trump campaign official Rick Gates is still helping “several ongoing investigations” and isn’t ready to be sentenced.

“Gates continues to cooperate with respect to several ongoing investigations, and accordingly the parties do not believe it is appropriate to commence the sentencing process at this time,” the filing said, pointing out that the situation had not changed since the previous update in January.

There was heavy speculation that Gates’ cooperation would wind down this week, given the conclusion of the federal cases against his longtime partner Paul Manafort. Gates was a star witness in that case and testified against Manafort, who was sentenced by two judges to serve a total of 7.5 years in prison for financial fraud.

The filing suggests that Gates might still helpful beyond Manafort, and that there are investigators who still want Gates’ cooperation. Whether it’s Mueller or prosecutors in the Southern District of New York, or perhaps elsewhere, is not entirely clear. If Gates wasn’t needed anymore, the parties likely would have asked to set a sentencing date.

The filing comes amid signs that Mueller is wrapping up his work and will deliver his final report to Attorney General William Barr concerning his probe of Russian meddling in the 2016 presidential election. That report could be completed even if investigations continue elsewhere, including in the Southern District of New York.

On Thursday, Mueller’s spokesman confirmed that top prosecutor Andrew Weissmann, who led the cases against Manafort and Gates, would be leaving the team. He’s heading to teach at New York University, CNN reported.

Gates pleaded guilty in February 2018 to conspiracy relating to his lobbying work with Manafort in Ukraine. Since then, Mueller’s team has the judge to delay his sentencing five times while he helped the investigation.

Gates was a also senior official on Trump’s inaugural committee, working under one of President Donald Trump’s close friends, Tom Barrack. CNN has previously reported that federal prosecutors in Manhattan are investigating that inaugural committee and issued a subpoena to the committee earlier this year, asking for documents about its donors, vendors and finances.