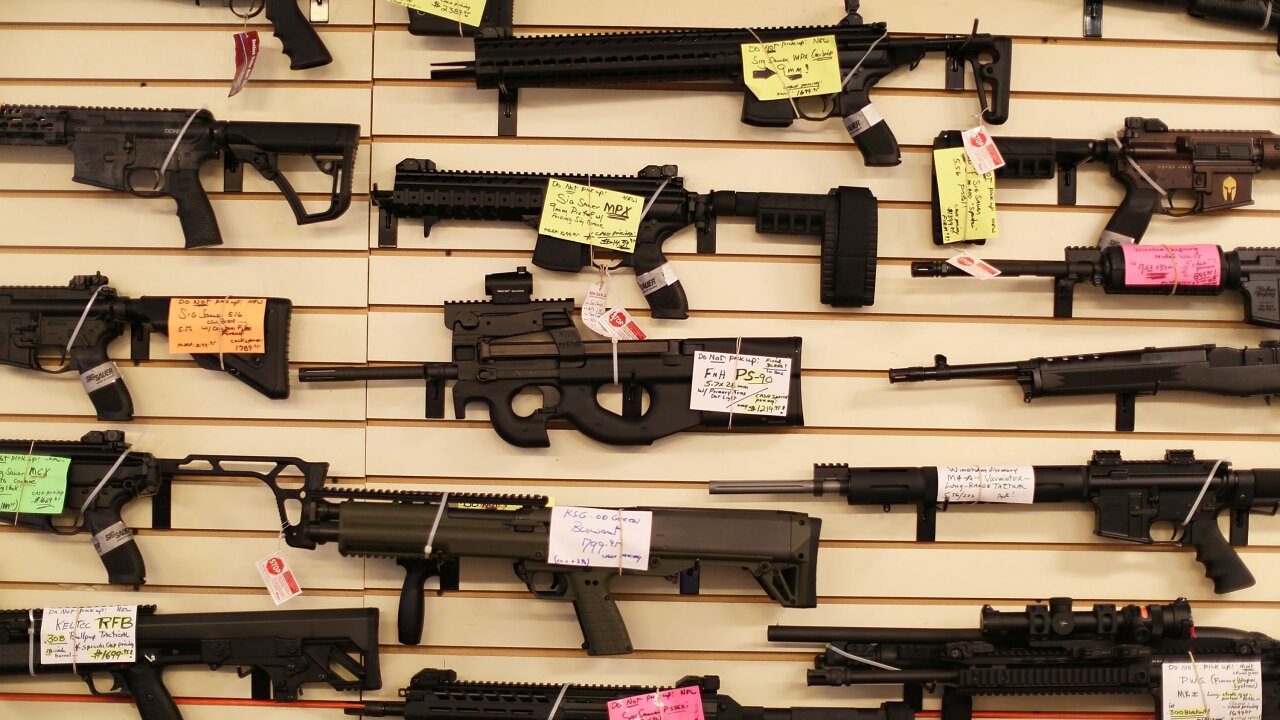 The Christchurch massacre, which has left at least 49 people dead, has highlighted flaws in New Zealand’s gun control laws.

“There were five guns used by the primary perpetrator,” she said at a news conference in Wellington. “There were two semi-automatic weapons and two shotguns. The offender was in possession of a gun license. I’m advised this was acquired in November of 2017. A lever-action firearm was also found.”

The Christchurch massacre, which has left at least 49 people dead, has highlighted flaws in New Zealand’s gun control laws.

She said the suspect, who has not been publicly identified, obtained a gun license in November 2017 and began purchasing guns legally in December 2017.

“While work is being done as to the chain of events that lead to both the holding of this gun license and the possession of these weapons, I can tell you one thing right now. Our gun laws will change.” Ardern said.

Until Friday, the biggest massacre in the country’s history happened 30 years ago, when a man named David Gray went on a shooting rampage, killing 13 people.

Following that attack, the nation’s gun laws — which were first passed in 1983 — came under scrutiny. The ensuing debate led to a 1992 amendment on the regulation of military-style semi-automatic firearms.

Despite those laws, New Zealand’s weapons legislation is considered more relaxed than most Western countries outside of the USA. Gun owners do need a license but they aren’t required to register their guns — unlike in neighboring Australia.

While authorities do not know exactly how many legally or illegally owned firearms are currently in circulation in New Zealand, estimates put the number at about 1.2 million, according to New Zealand Police. This figure equates to about one gun for every three people — a rate that is considered high when compared with Australia, which has 3.15 million guns, approximately one for every eight people.

That said, gun-inflicted fatalities remain relatively low in New Zealand. The number of gun homicides per year in the decade up to 2015 was in the dozens, according to figures compiled by the University of Sydney. This equated to an annual rate of about one death per 100,000 people — in contrast to the United States, which had 12 deaths per 100,000 people in 2017.

Potential gun owners in New Zealand must be over the age of 16 and pass a police background check, according to GunPolicy.org and its founder Professor Philip Alpers.

According to Alpers, New Zealand firearm legislation has remained substantially unaltered since 1992. Five years later retired High Court judge Thomas Thorp’s year-long Review of Firearms Control in New Zealand (1997) recommended major changes, among them that all firearms be individually registered; that restricted weapons like privately held machine guns be permanently disabled; and for a buy-back of military-style semi-automatic weapons.

Alpers, who is based at the University of Sydney but originally from New Zealand, told CNN: “Not one of these measures has been addressed by legislation. Government has since considered a range of similar recommendations, but special interest groups prevent meaningful change.”

In 79 countries surveyed by the United Nations, firearm registration is the accepted norm and a cornerstone of gun control, according to GunPolicy.org. Among developed nations, New Zealand’s decision not to register 96% of civilian firearms makes it a stand-out exception, alone with the United States and Canada, Alpers said.

Gun laws in Australia were tightened following a 1996 mass shooting in which 35 people were killed by a lone gunman in Port Arthur, Tasmania. Within two weeks, Australian lawmakers banned rapid-fire rifles and shotguns and introduced tighter laws governing ownership of other weapons. New applicants must undergo thorough background checks and present a “justifiable reason” for ownership — with self defense not applicable.

The laws have had a dramatic effect on the frequency of mass shootings, as well as homicides. In the years after the Port Arthur massacre, the risk of dying by gunshot in Australia fell by more than 50% — and stayed there.

A 2012 study by Andrew Leigh of Australian National University and Christine Neill of Wilfrid Laurier University also found the two nationwide, federally funded gun buybacks and voluntary surrenders of firearms led to a drop in firearm suicide rates of almost 80% in the following decade.

Using those measures, Australia collected and destroyed more than a million firearms, perhaps a third of the national stock, according to Alpers. The national government also banned the importation of new automatic and semiautomatic weapons. And the buyback was paid for by a special one-off tax on all Australians.

The gun lobby is “small but very strong,” in New Zealand, according to Alpers. He told CNN: “They are very vocal and have managed to foil every attempt to tighten the gun laws since 1992. It’s a powerful little lobby group, whereas the gun lobby in Australia had its back broken by the Port Arthur massacre.

“In New Zealand the gun lobby has gone from strength to strength and has dominated policy advice to the police and government.”

That said, Alpers believes things will now have to change. He told CNN: “It’s always a terrible surprise when this sort of thing happens. You can never predict where it’s going to happen. The most common comment you get from people when this sort of thing happens is that they never thought it could happen here and that’s how the people of Christchurch must be feeling.”

Despite the relatively lax controls, “guns are rarely used in the way they are in the US so to New Zealanders this will be a tremendous shock,” said Alpers. He added: “It has shocked the country to the core and I can’t imagine any country less likely to let this slide.”

A 2017 survey from the New Zealand Police Association showed that that 66% of its members support arming officers, according to TVNZ.

That figure has significantly increased from a decade ago, when 48% of officers supported general arming in 2008.

New Zealand also has a low murder rate, with a total of 35 homicides in 2017 — fewer than the number of people who died in Friday’s double mosque attack.

Iain Overton, author of “Gun Baby Gun” and executive director of London-based charity Action on Armed Violence, told CNN: “The gun laws of New Zealand are not that contentious and fit into broad line with many other nations, with one exception — the reported permission to use, albeit with a special permit, pistols, semi-automatic weapons and machine guns.

“Many European nations outlaw semi-automatic weapons full stop, and the UK — for example — bans handguns, except under exceptional and rare circumstances. The possible, more concerning issue is the ubiquity of firearm ownership in New Zealand — with as many as 1.5 million guns there.

“People may cite that as many as one in three New Zealanders will be gun owners based on this, but this would be wrong. Gun owners often have multiple weapons, so it is likely that it is a smaller group of rural gun owners holding the most guns there. The presence of so many guns, though, in a small nation raises challenges when it comes to over-burdening a police force with regulation.”