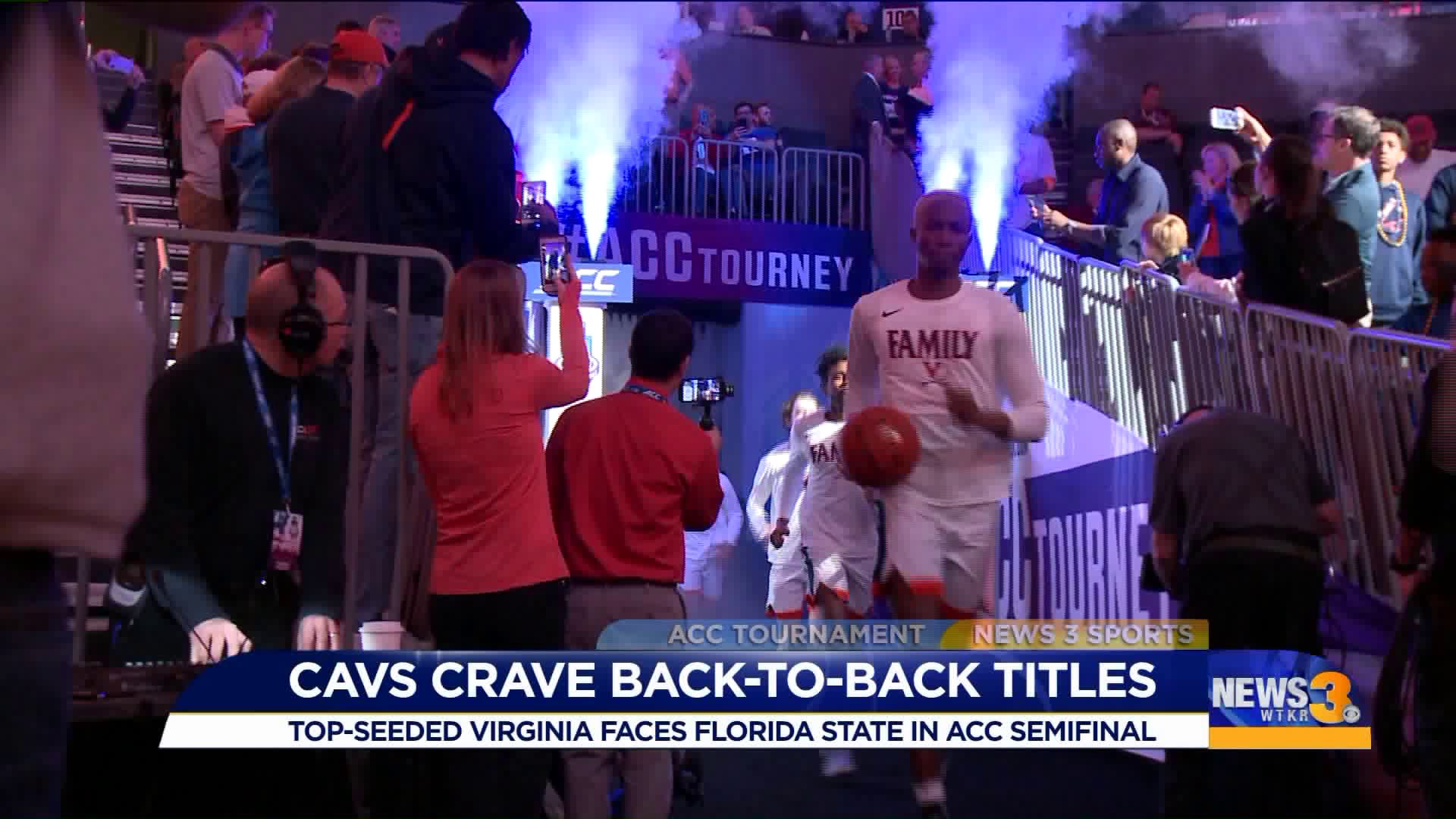 Alumni, parents, friends, and Wahoo fans were invited to join the UVA Club of Charlotte for a pre-game social before cheering on the 'Hoos.

"Not only is Virginia the defending champ, we've been dominating the conference the last six years," said UVA Club member Michael of Charlottesville.

"We are so excited," explained Sandra Baylor of Virginia Beach.  "All the ACC Tournaments we've been to have been fantastic!"

Should UVA defend its 2018 ACC Tournament title, the Wahoos would become the first team since Duke in 2011 to repeat as tournament champions.

"Records are made to be broken, that's what I say," added Kathryn Baylor.