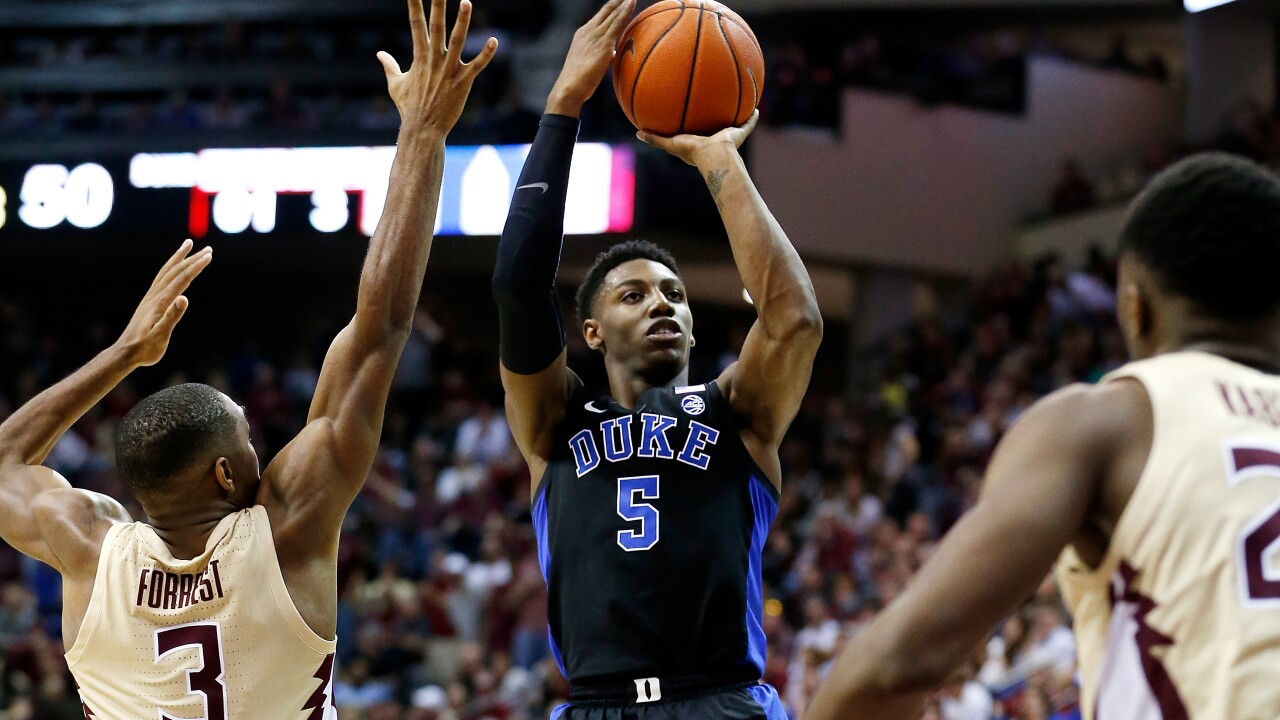 Playing in its 33rd title game, half of the championship contests the league has hosted, Duke duels with 4th seeded Florida State. Tip-off is set for 8:30 p.m. at Charlotte’s Spectrum Center. The game will be broadcast LIVE on News 3.

The Blue Devils have won seven of the last eight in their series vs. FSU, including this year’s thriller in Tallahassee as Cam Reddish hit a three with 0.8 left in an 80-78 win. The average margin of victory in the last three games of the series is 4.7 points.

Duke has 102 wins, 20 titles and a .694 win pct. in the ACC Tournament. Each of those figures lead the conference. Only Kentucky has more wins (134) and more titles (31) among major conference teams.