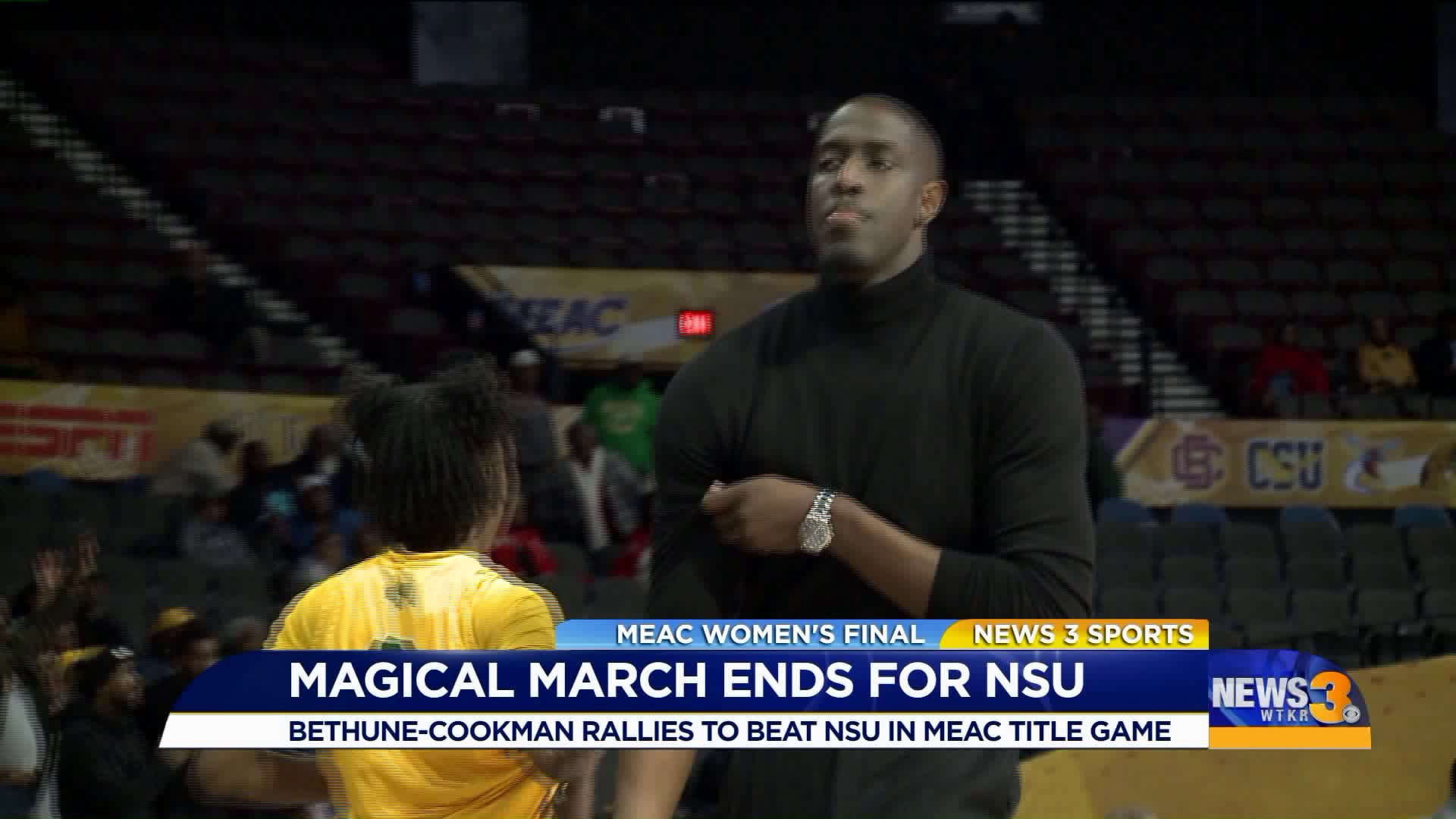 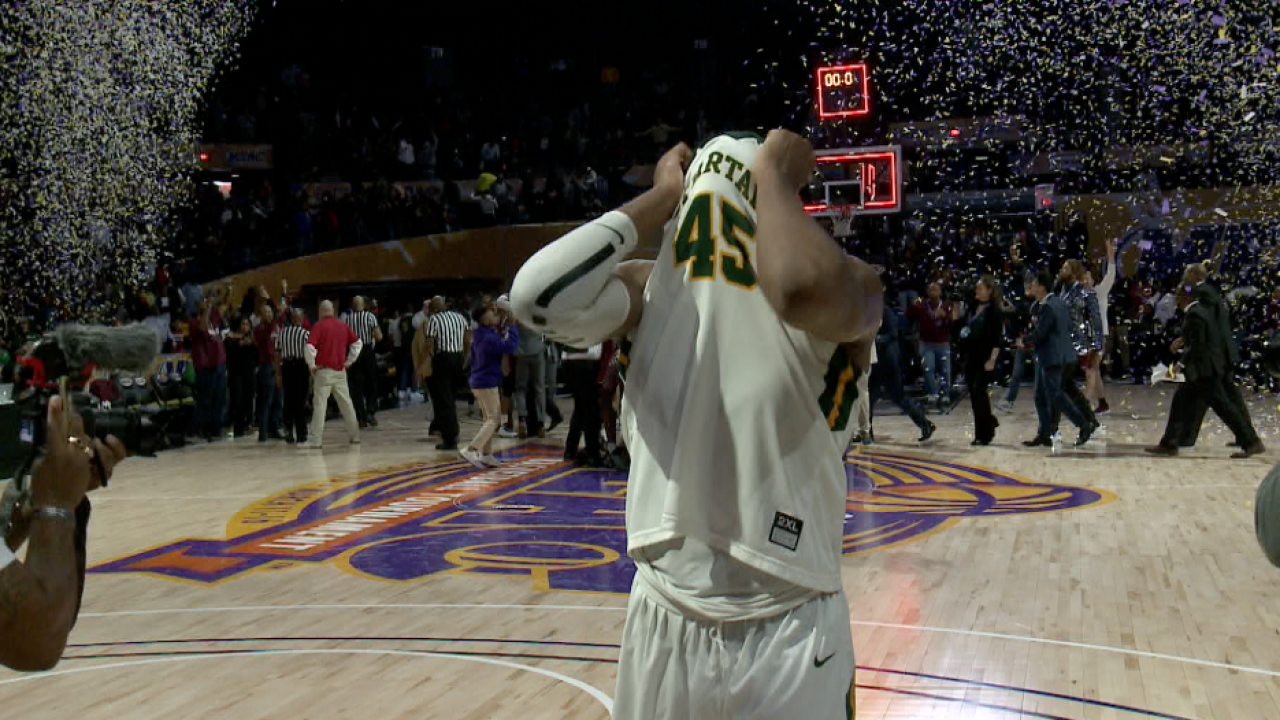 The Spartans hoops teams made it to the men's and women's MEAC Tournament title games, but fell short in both.

The men were the No. 1 seed in the tournament, and faced off against North Carolina Central. The Spartans had a 10-point lead at halftime, but were on the wrong side of a 25-6 second half run that put them behind late.

Hampton native Mastadi Pitt scored a game-high 14 points for NSU, but his potential game-tying three was off the mark as time expired, losing to the Eagles 50-47. The men have not reached the NCAA Tournament since 2012.

After winning the regular season title, they will play in the NIT this upcoming week.

The women knocked off top-seeded North Carolina A&T the day before, and would have to knock off No. 3 seed Bethune-Cookman to clinch their first NCAA Tournament bid since 2002.

La'Deja James scored 15 of NSU's 23 first half points. The Spartans led by six at the break, but the defense faltered, allowing 40 second half points to the Wildcats. B-CU beat NSU 57-45.