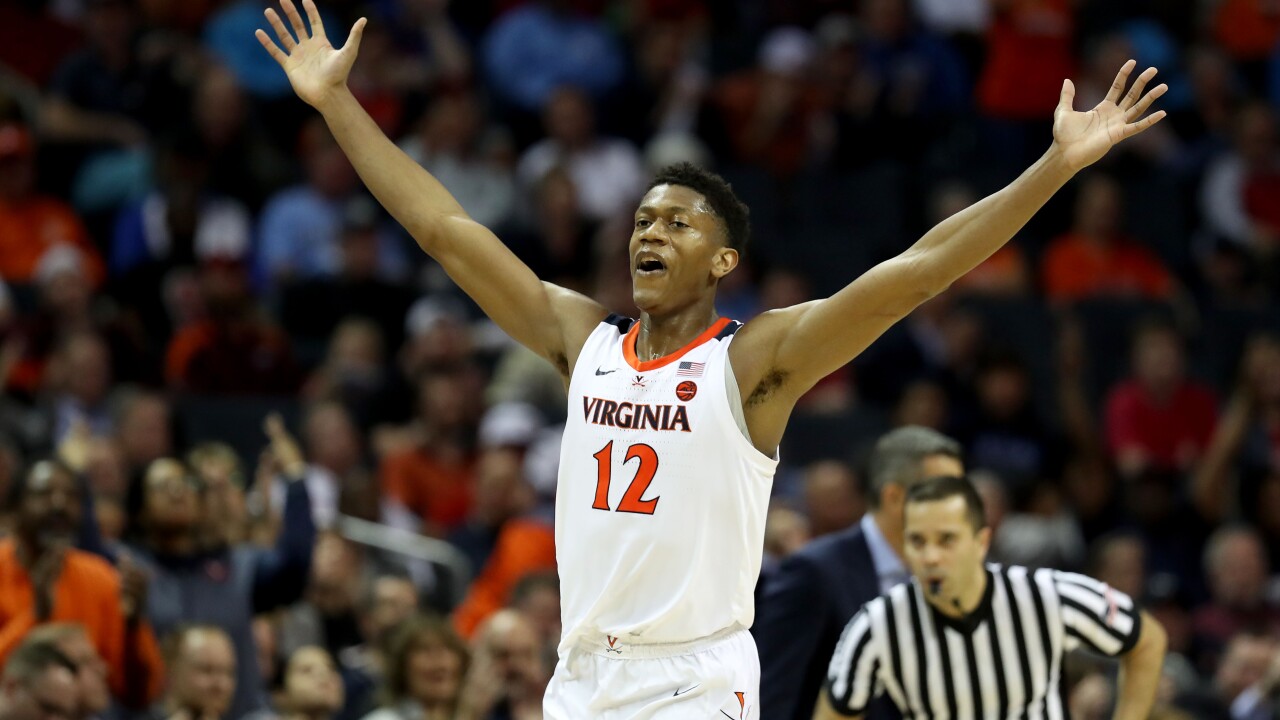 CHARLOTTESVILLE, Va. (VirginiaSports.com) – ACC regular-season champion Virginia (29-3) is the No. 1 seed in the NCAA South Region for the NCAA Tournament.

UVA will make its school-record sixth straight and 23rd overall NCAA Tournament appearance. The No. 1 seed marks the fourth in the past six seasons and seventh overall for the Cavaliers.

The Cavaliers will face No. 16 seed Gardner-Webb (23-11) in an NCAA Tournament first-round game on Friday, March 22 at Colonial Life Arena in Columbia, S.C. The game will begin at approximately 3:00 p.m. and will be broadcast on TruTV.

The other pod of teams competing in Columbia includes squads from the East Region. Those matchups are No. 1 overall seed Duke vs. No. 16 seed North Dakota State or No. 16 seed North Carolina Central and No. 8 seed VCU or No. 9 seed UCF.

This is Virginia’s seventh NCAA Tournament appearance under three-time National and four-time ACC Coach of the Year Tony Bennett. The Cavaliers have compiled an all-time record of 29-22 in 22 NCAA tournaments. UVA advanced to the NCAA Final Four in 1981 and 1984.

The Cavaliers were the No. 1 overall seed for last year’s tournament. Virginia advanced to the NCAA Elite Eight in 2016, NCAA third round in 2015 and NCAA Sweet 16 in 2014.

Here's a 👀 at the top half of our bracket! 🔶⚔️🔷 #GoHoos
It all begins on Friday in Columbia #MarchMadness pic.twitter.com/OjchydicPC

Virginia's road to Minneapolis begins Friday against Gardner-Webb in Columbia, SC as the #1 seed in the South. The Cavaliers are ready! @UVAMensHoops #GoHoos pic.twitter.com/Baw6WDJhX2

Hoos are the No. 1⃣ seed in the South Region! #MarchMadness
🔶⚔️🔷 #GoHoos pic.twitter.com/wved7B3BE5