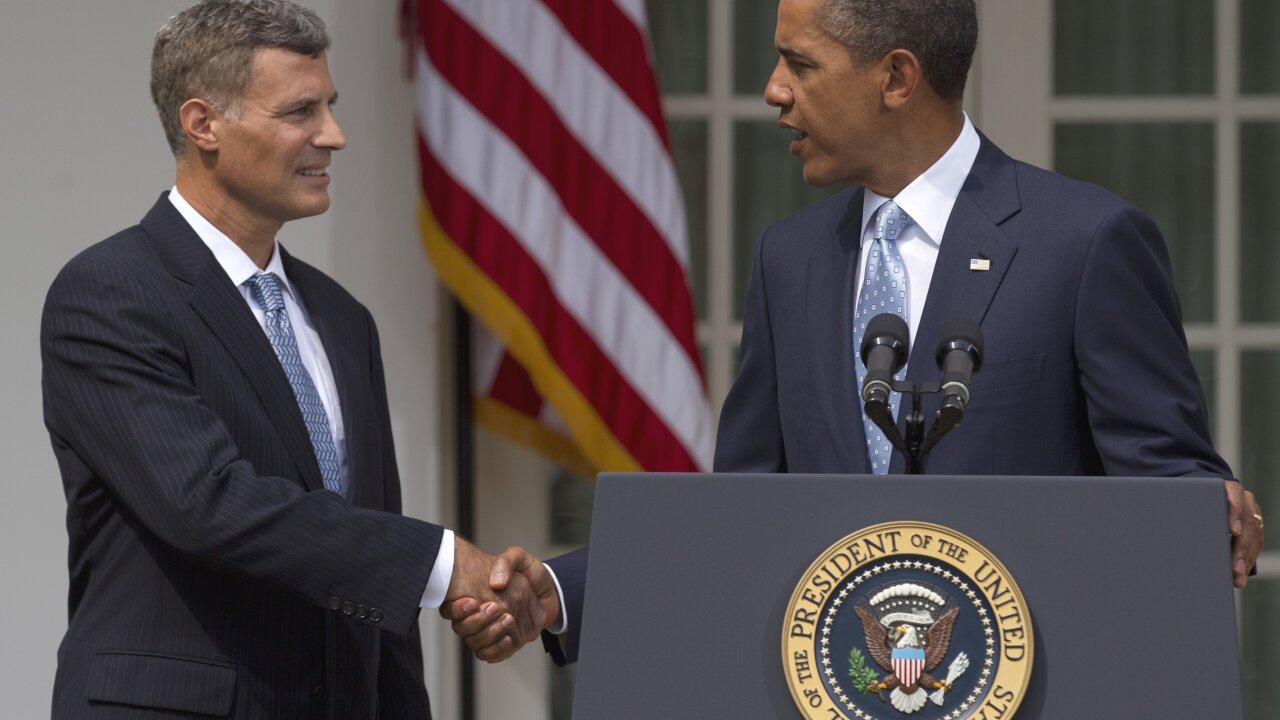 Former White House economist and Princeton University professor Alan Krueger died over the weekend, the school announced Monday. He was 58.

Krueger served as chief economist at the Department of Labor under President Bill Clinton and chair of the Council of Economic Advisers from 2011 to 2013 under former President Barack Obama, who issued a statement Monday afternoon lauding Krueger’s contributions to the recovery from the great recession.

“He saw economic policy not as a matter of abstract theories, but as a way to make people’s lives better,” Obama wrote. “He believed that facts, reason, and evidence could make government more responsive, and his enthusiasm and curiosity was truly infectious.”

The husband and father of two took his own life, according to a statement from the family released Monday afternoon.

In addition to his role in public policy, Krueger also made a number of contributions to the field of labor economics.

Krueger’s most famous work included a paper co-authored with the economist David Card in 1993 that challenged orthodoxy around the effects of the minimum wage. Through a natural experiment comparing employment in fast food restaurants across state lines after New Jersey raised its minimum wage, the pair found that the number of jobs did not decrease, as classical economics would have assumed.

The study and subsequent book, “Myth and Measurement,” helped advance a movement toward the use of empirical measurement in economics, rather than relying heavily on theory to predict the impact of policy measures.

“He believed that if you want to know the answer to something, sometimes you have to go out and get the data yourself, something very few economists do,” wrote Jared Bernstein, who served as chief economist for Vice President Joe Biden, in a remembrance of Krueger on Monday.

In recent years, from his post at Princeton, Krueger published influential work on the wages of Uber drivers, the impact of opioid abuse on labor force participation, and how franchisors suppress wages by preventing franchisees from poaching workers from each other. He also published a book on the social and economic roots of terrorism, and his latest book, “Rockonomics,” was a study of the economics of the music industry.

News of his death prompted an outpouring of tributes and fond memories from journalists, former colleagues and fellow economists on Twitter.

“It’s hard to believe that Alan Krueger is dead. He was a hero to me: A great economist, an extraordinary public servant and policymaker, and a helluva mentor and teacher. And he took extraordinary delight in everything he did and everyone he touched,” tweeted Justin Wolfers.

Lisa Cook, an economist and White House aide for Obama tweeted: “I cannot believe my friend, CEA colleague, and extraordinary economist @Alan_Krueger has passed away. His contributions to the field are immeasurable. His ability to examine and communicate important economic data, questions, and findings was remarkable. Rest in peace, Alan.

Jason Furman, who also served as chair of Obama’s Council of Economic Advisers said: “Alan Krueger taught me about economic policy for more than two decades. His convincing empirical research on the most important questions is a lasting legacy. A devastating loss.”