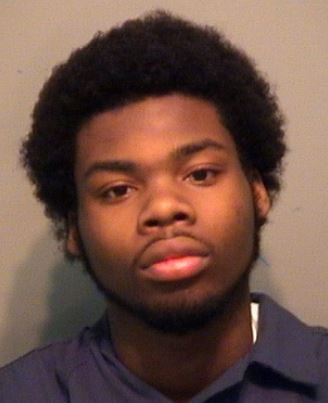 PETERSBURG, Va. — Four adults and two juveniles are behind bars in connection to a robbery in Petersburg.

Police responded to the 600 block of S. Crater Road on Monday after reports of a person being robbed of their vehicle.

When police got there they found a man in the road who had been assaulted. The victim said he was walking when two men approached him, one asked for a cigarette and the other reportedly hit the victim with a handgun.

The suspects got the victim’s wallet and ran, according to police.

Several witnesses in the area said the suspects ran, but then got into a late model, burgundy Chevrolet Impala and left the area. A patrol officer
canvassing the area saw the suspect vehicle a short distance away, stopped the vehicle and arrested the two male juvenile suspects.

Four other people were located inside the suspect vehicle at the time of the arrest but with limited information at the time, officers said they were unable to determine if the other four individuals were involved with this crime and as a result, they were released.

The four people who were let go were later arrested after an investigation.

The suspects are from Suffolk, Chesapeake and Petersburg.

The victim was taken to a hospital with serious but not life-threatening injuries.

All four adults are currently being held without bond at Riverside Regional Jail pending their next court appearance in Colonial Heights General
District Court.

Colonial Heights Detectives continue to investigate this crime and ask anyone with information to contact Detective Sergeant Thad Johnson at (804)524-8701 or you can call Chesterfield/Colonial Heights Crime Solvers at (804)748-0660.