PRINCE GEORGE CO., Va. – At least two people were killed and many others were injured in a charter bus crash along I-95 Tuesday morning, according to CBS 6.

The crash happened in the northbound lanes near exit 45 around 5:20 a.m.

"The bus was headed north on I-95 when it attempted to take the exit ramp. The vehicle ended up running off the left side of the ramp and overturned," Virginia State Police spokesperson Corinne Geller said to CBS 6. "The bus's route began in Florida with a final destination of New York."

A better look at the scene. Seeing people loaded into ambulance on stretchers. @CBS6 pic.twitter.com/LAyB9zjZ0r

The bus driver, 40-year-old Yui Man Chow from Staten Island, New York, was not injured during the crash.

Chow has been charged with two counts of involuntary manslaughter, according to state police. He is currently being held on bond at Riverside Regional Jail in Prince George County.

State Police say at this stage of the investigation, speed is considered to be a factor in the crash.

Virginia State Police have confirmed that 57 passengers, including the driver, were on the bus when it crashed.

The two passengers who did not survive the crash have been identified as 37-year-old  Su Feng Xu of China and 81-year-old Janetta Cumberbatch of Jamaica, New York.

The other passengers' injuries ranged from minor to serious.

After leaving from Orlando, Florida, the us stopped in Rocky Mount, North Carolina, to switch drivers and was continuing north to its final destination in New York City when the crash happened.

A representative with the Federal Motor Carrier Safety Administration (FMCSA) responded to the scene, and the National Transportation Safety Board (NTSB) was also notified. Prince George County Fire and EMS crews were also on scene.

Our volunteers are on site at Prince George Central Wellness Center supporting @VSPPIO, @VDEM and @PrinceGeorgeVa as part of coordinated response to this mornings bus crash on Interstate 95. pic.twitter.com/tXcrFUKq8q 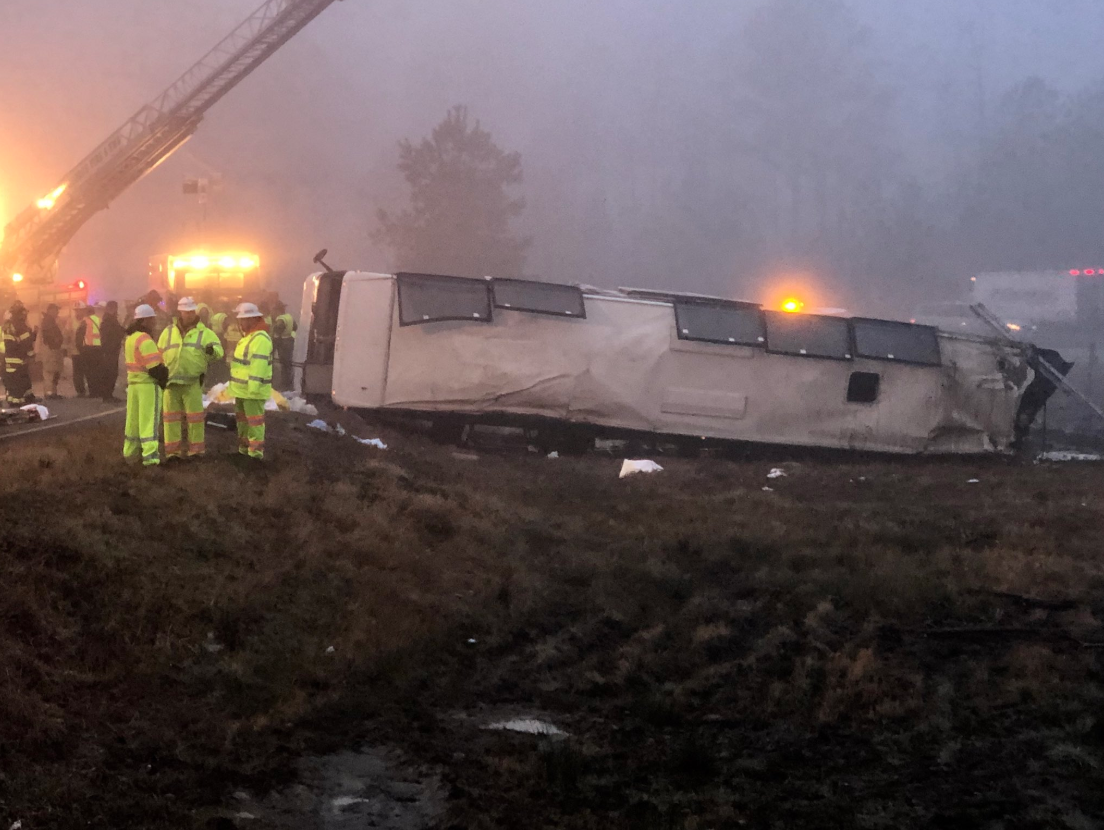