New York dad charged in newborn’s death admits he ‘threw him to the ground’ for crying, court docs say 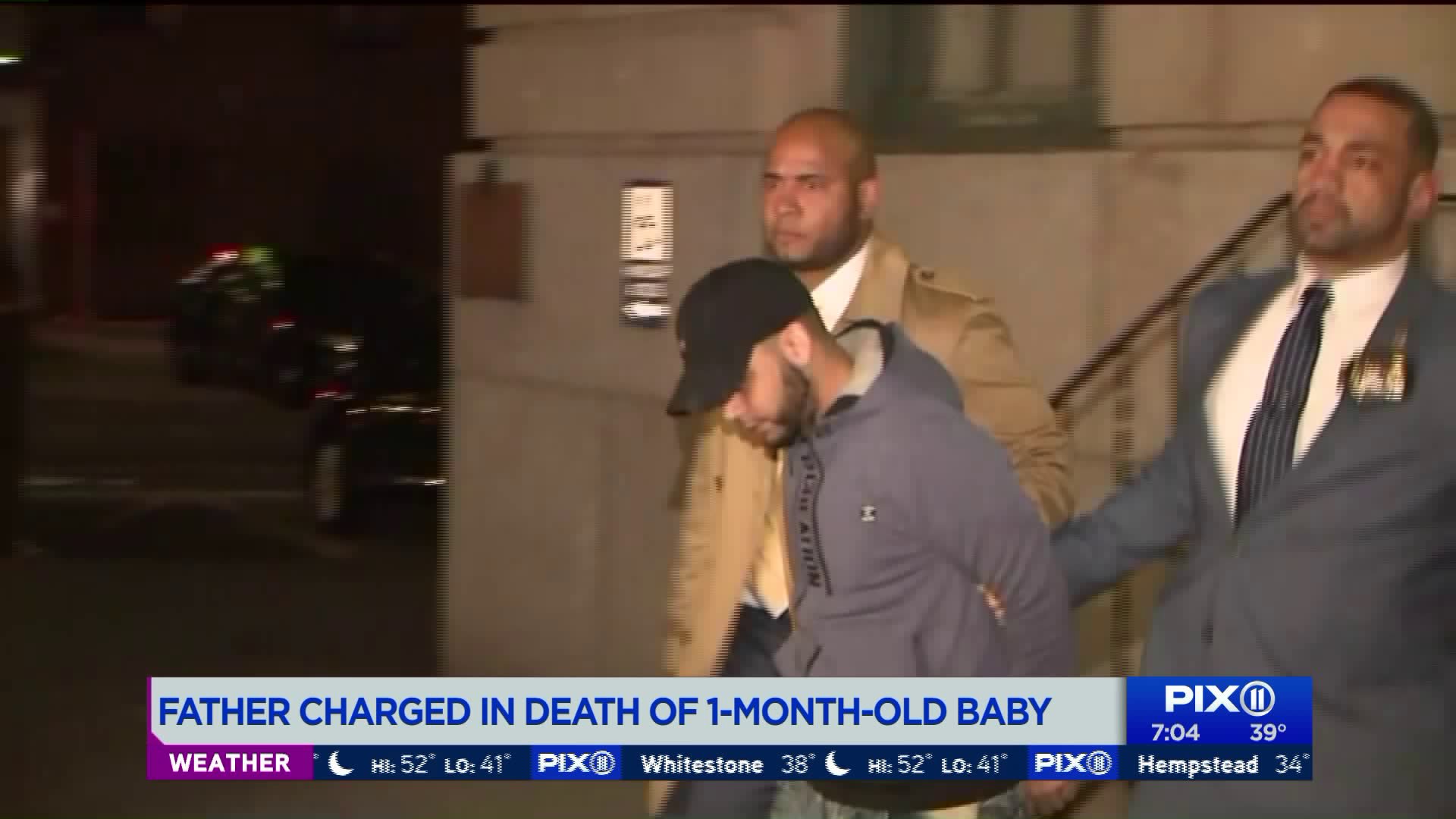 Police charged the 24-year-old dad of a 1-month-old baby in connection with the child`s death, officials said.

NEW YORK – The Bronx dad charged in connection to his 1-month-old son's death told investigators he got angry and threw the baby boy to the ground, court documents show.

Christian Rodriguez has been charged in the death of his newborn son, whom he allegedly threw to the ground in frustration over the child's crying. (Facebook)

Aiden Rodriguez, who was just 1 month old, had several fractures to his skull. His dad said he first bumped his baby's head accidentally. Then the child started to cry and "wouldn't stop."

"I got angry and threw Aiden to the ground face first," Rodriguez said, according to the criminal complaint. "I got frustrated and threw him to the ground."

Related: Mom gets up to 10 years in prison for fatally dropping infant out sixth-floor window

They'd just gotten home from the baby's grandmother's home. She lived a few buildings over.

When the baby was taken to Lincoln Hospital on Monday, he had no pulse and was not breathing, court documents show. A scan found he suffered fractures to his skull, an acute subdural hemorrhage, a scattered left acute subarachnoid hemorrhage, a midline shift of the brain and bruising to both sides of the head.

The Medical Examiner's Office determined the baby's death to be a homicide caused by abusive head trauma. It wasn't clear Wednesday night what upgraded charges Rodriguez might face.