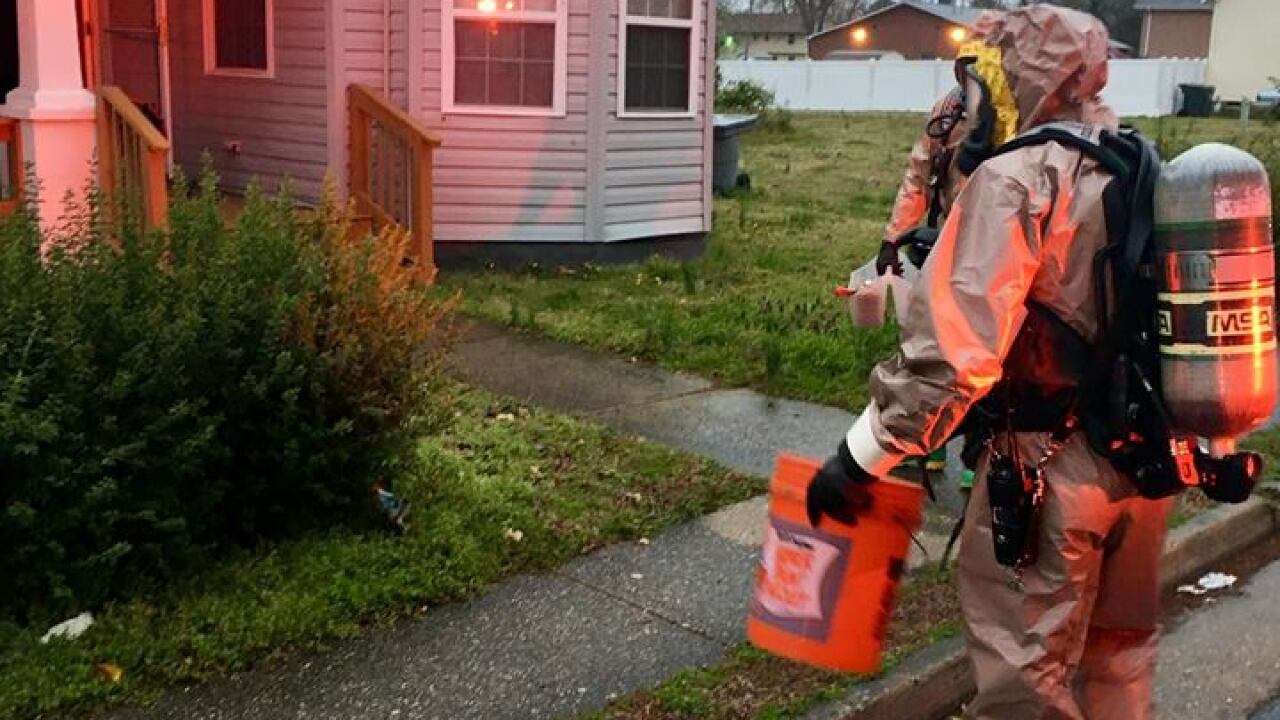 HAMPTON, Va. – Hampton Fire and Rescue responded to a HAZMAT situation at a home in the city on Wednesday.

No one was injured during this situation.

Hampton officials would like to warn residents that mixing chemicals can create explosions and noxious gasses, both of which could cause injuries or death.

They added that “it’s not worth the risk.”