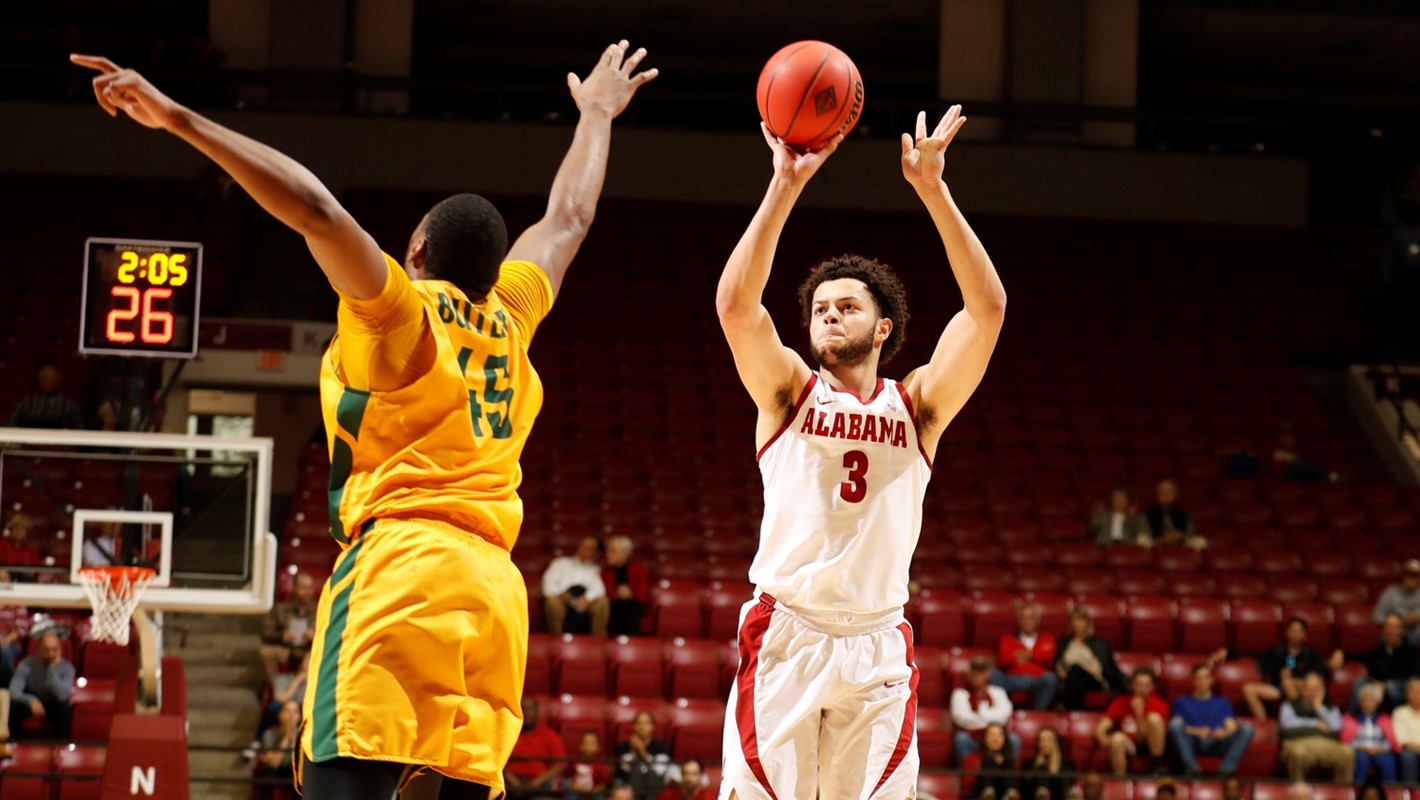 TUSCALOOSA, Ala. – Norfolk State men’s basketball team is making big waves in the postseason. The Spartans came back from a 10-point deficit to beat top seed Alabama in overtime during the National Invitation Tournament (NIT) on Wednesday night.

The 80-79 win is the fourth win for the Mid-Eastern Athletic Conference (MEAC) in NIT history.  Delaware State was the last team to win a game in the NIT in 2006.

Senior Guard Derrik Jamerson scored 22 of his 25 points after halftime as the Spartans continue their postseason run.

In the last 6.6 seconds of overtime, Norfolk State had a one-point lead and just needed to inbound the ball and make free throws to lock up the upset.  The inbounds pass went through the hands of Nic Thomas, bouncing out of bounds, giving the Crimson Tide a chance to win the game.

Alabama had four seconds to hit the game winning shot but Riley Norris caught the ball in the corner,  drove and shot the last second chance that landed short.

The Spartans used what they know best, the three-point ball. Norfolk State tied a season-high of 29 attempts behind the arch. Jamerson hit a season-high seven long distance shots.

Nic Thomas added 15 points while Steven Whitley brought in another 13 points as the Green & Gold move on to play Colorado in the second round of the NIT on Monday night. That game has a start time of 9pm and can be seen on ESPN2.