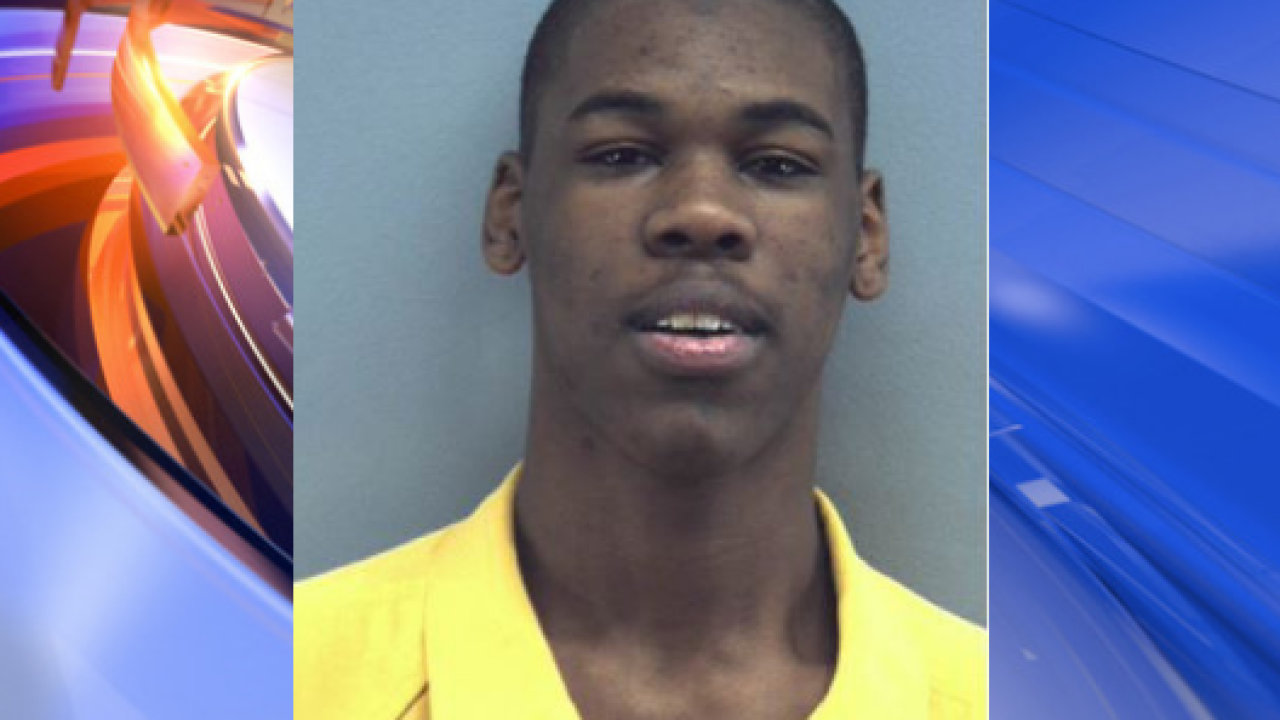 VIRGINIA BEACH, Va. – The Commonwealth’s Attorney for the city of Virginia Beach announced that 21-year-old Tavis Jaquan Johnson will serve 12 years in prison after a 2016 “crime spree” spanning 36 hours and two cities.

Johnson pleaded guilty on October 23, 2018 to robbery, conspiracy, grand larceny of a motor vehicle and use of a firearm, and was sentenced to 33 years in prison with 21 years suspended.

According to court documents, on June 9, 2016 around 4 p.m., Johnson, along with co-conspirators Jamal Mitchell and Zimonion Adams, approached a woman in her driveway in Norfolk, drew a gun and stole her car.

The car was spotted in a cul-de-sac in Virginia Beach at 6 p.m. that night, where court documents say Johnson got out of the vehicle and into a SUV that had its keys on the driver’s seat. A woman who observed this got in her car and chased the SUV, eventually running it off the road on General Booth Boulevard. Johnson got out of the SUV, then got into a sedan and sped off.

At around 11 p.m. the same night, a woman was driving home to Virginia Beach from Norfolk on I-264. Court documents say she was cut off by Johnson’s car and honked in response. When she arrived at her Red Mill home, she noticed the car had followed her home, and Johnson and Adams jumped out of the vehicle.

Adams pointed a gun at the woman and demanded her purse, bags and car keys, as well as her phone. One of the men told her they would come back later for her car.

The next morning, officers were still following leads as to the location of the victim’s phone, which they tracked to an area off Rosemont Road in Virginia Beach. Officers spotted Mitchell behind a building and stopped him, finding the victim’s cell phone on his person.

All three defendants were seen in video footage at the Wawa on Rosemont Road, arriving in a car stolen out of Norfolk.

Adams pleaded guilty to robbery and conspiracy, and was committed to the Department of Juvenile Justice as a serious offender. Mitchell is serving 15 years in prison for robbery, use of a firearm, conspiracy and a weapons charge he incurred while in custody.