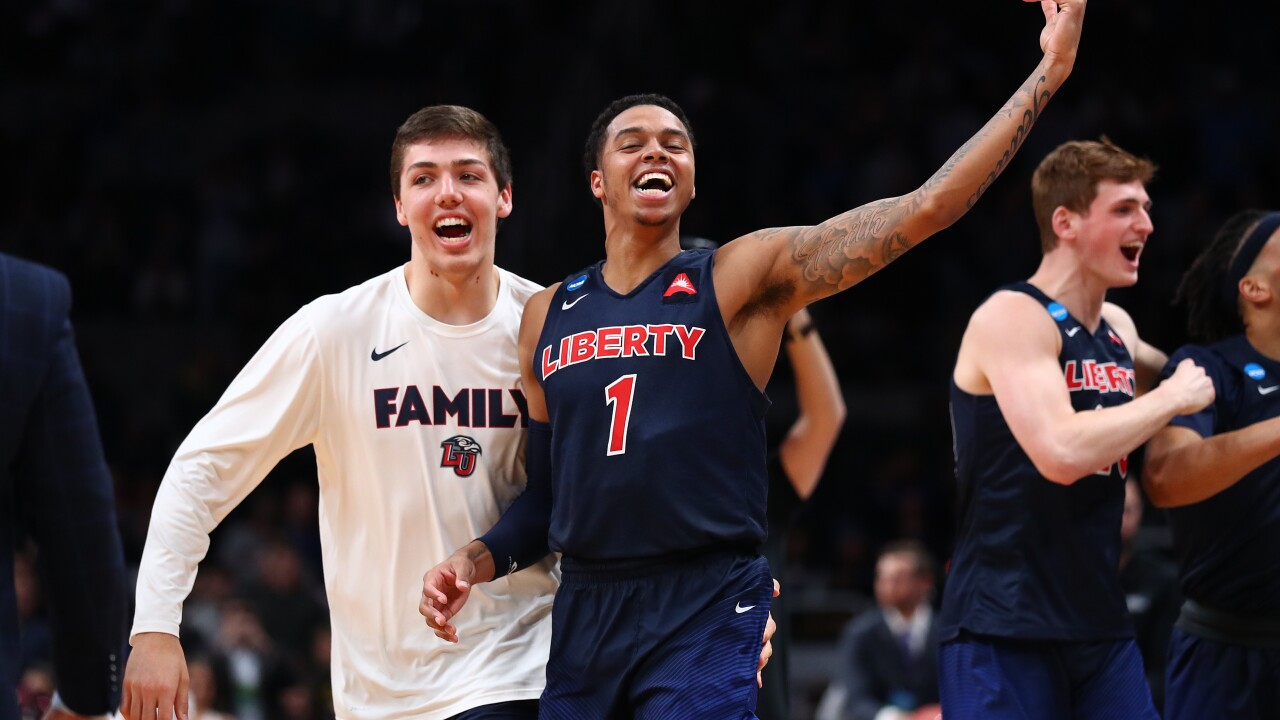 Caleb Homesley #1 and the Liberty Flames celebrate their 80-76 win over the Mississippi State Bulldogs. (Photo by Yong Teck Lim/Getty Images)

Lovell Cabbil Jr. #3 of the Liberty Flames reacts to a play against the Mississippi State Bulldogs. (Photo by Ezra Shaw/Getty Images)

SAN JOSE, Calif. – Liberty lives to fight another day in the dance.

The 12th-seeded Flames came from behind to stun 5th-seeded Mississippi State, 80-76 Friday night in the first round of the 2019 NCAA Tournament. It’s the first NCAA Tournament win for Liberty in program history.

Caleb Homesley led Liberty with 30 points – 22 of them coming in the second half. Lovell Cabbil, Junior aded 18 to help the Flames climb out of a 10-point second half deficit.

Liberty advances to face either Virginia Tech or St. Louis in Sunday’s round of 32.

The @LibertyMBB Flames are fired up after their first ever #MarchMadness W! pic.twitter.com/zkXqq0H3P2