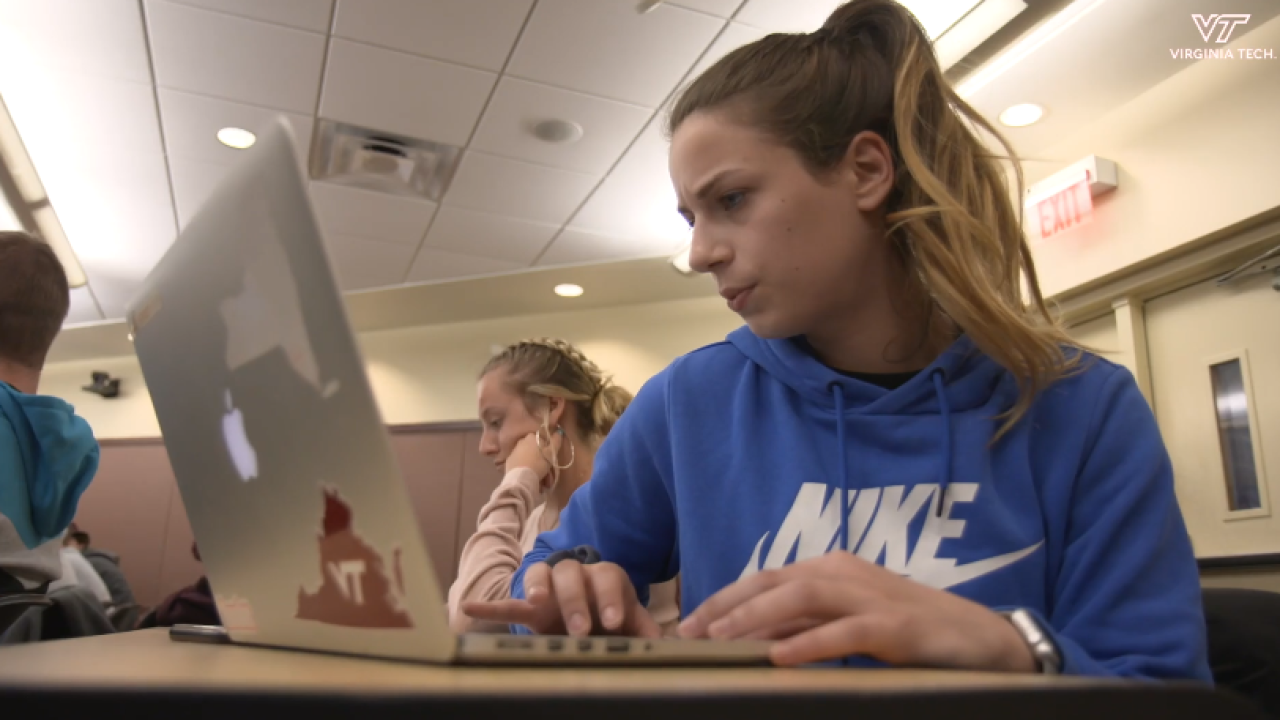 BLACKSBURG, Va. – “Before, I would have been like, oh, I really like Duke’s uniforms, maybe I’ll pick them to win it.”

That’s what senior Emily Maher said about how she used to pick teams for an NCAA Men’s Basketball Tournament challenge in years past.

But now, according to Virginia Tech Daily, a class she is in has her prediction skills on full alert.

Emily and her nearly 100 classmates are a part of Bill Roth’s “Introduction to Sports Media” course, where Roth has challenged his students using an assignment combining college hoops and data.

“These students have to figure out that some of these upsets can be predicted,” said Roth, a Virginia Sports Hall of Fame broadcaster and a Virginia Tech professor of practice. “Math can be fun, and data analytics is really growing nationally as a science. This project gives them a taste of that.”

According to Virginia Tech, the Introduction to Sports Media course is one of a growing number offered as part of the Department of Communication’s concentration in sports media and analytics, which is housed in the College of Liberal Arts and Human Sciences.

After joining the communications department in 2016, Roth has used his experience in sports to help students understand how to look at predicting sports more broadly. Specifically, how we look at group and team success compared to that of one individual player.

“It’s not what the athlete looks like,” said Roth. “It’s what the numbers show us about the players and the teams.”

With Roth’s experience, plus the success of some Virginia Tech alumni successfully working in the field of sports analytics. His aim is to help the university’s reputation for correctly projecting the Final Four each season.

So how did Maher feel about her bracket choices now that she has more knowledge of how to predict the right teams?

“It was a little daunting,” Maher said. “I was a little scared at first, but it’s really cool to look at all this and make an informed decision.”

The Virginia Tech men, a fourth seed in the East Region, begin their tournament journey by squaring off with St. Louis in San Jose, California, on Friday night at 9:57 p.m.

For the latest on the Big Dance, click here.