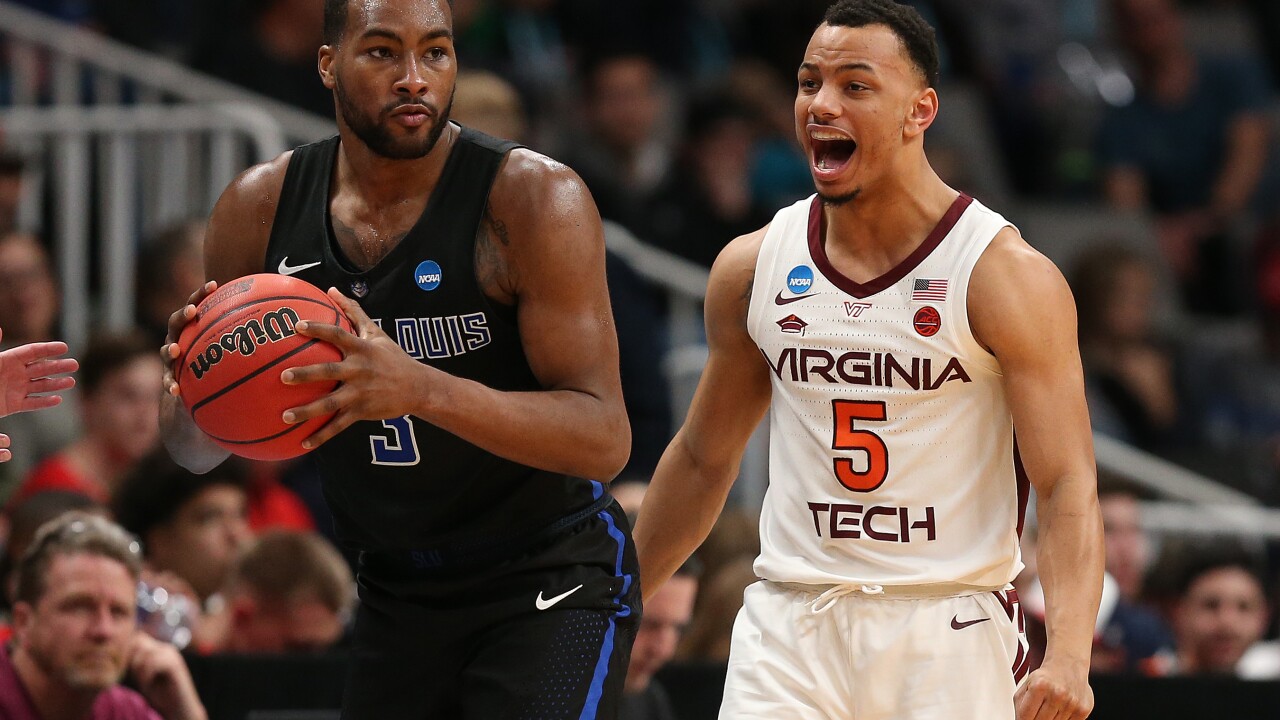 SAN JOSE, Calif. – After jumping out to a 22-point halftime lead, the fourth-seeded Virginia Tech men’s basketball team would go on to win 66-52 over 13th-seeded Saint Louis in the first round of the NCAA Tournament’s East Region at the SAP Center on Friday night.

Tech (25-and-8) tied the school record for the most wins in a season with 25, tying the 1994-95 and 2009-10 seasons. The 18 first-half points allowed by Tech were the fewest given up in school history in an NCAA Tournament game, topping the previous best of 19 versus Wisconsin-Green Bay in 1996.

In his return, senior Justin Robinson played a pivotal role in getting the Hokies their first win in The Dance since 2007, tallying 9 points, 3 rebounds and 2 assists.

Tech will take on 12th-seeded Liberty (29-and-6) on Sunday in the second round of the NCAA Tournament at 7:10 p.m. ET. It marks the first time the Southwest Virginia showdown has taken place in the tourney.