Suffolk firefighter transported to hospital after responding to house fire 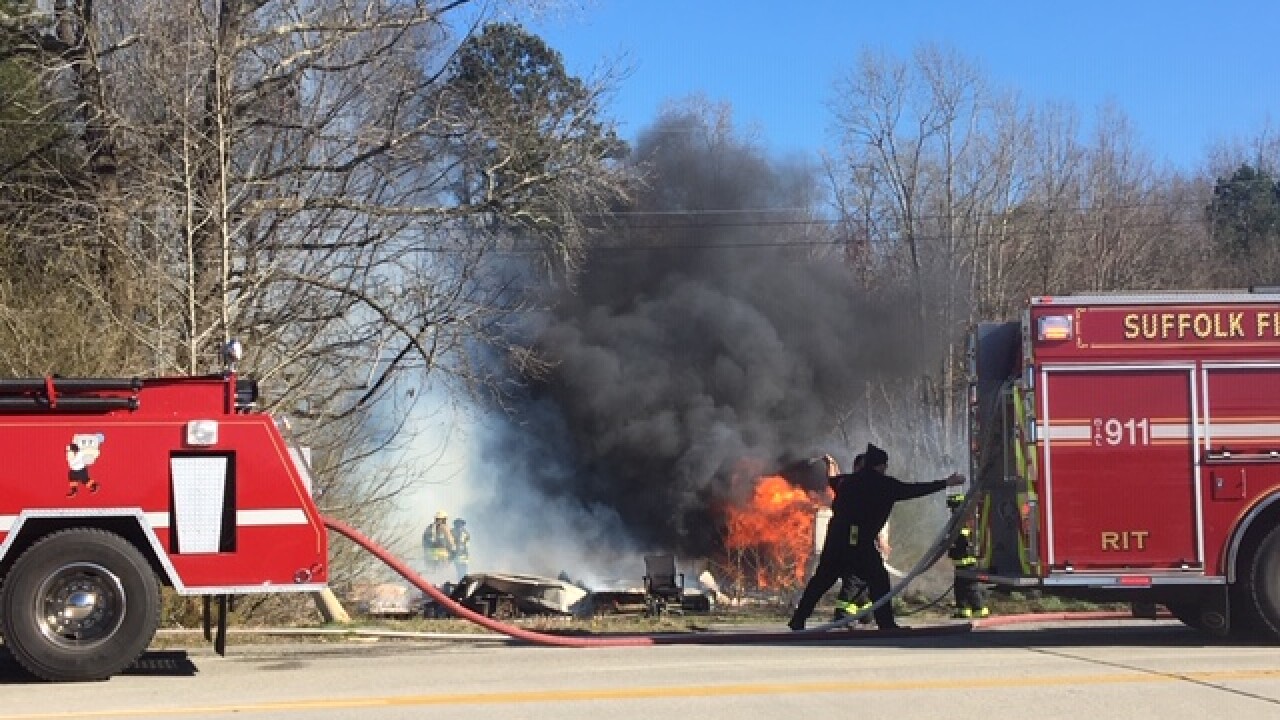 Battalion Chief Jack Knight said that a detached garage that was around 30 feet by 40 feet and was in the process of being dismantled was engulfed upon arrival.

He also said that the fire spread to a motor home and a small amount of bush but firefighters were able to keep the fire from spreading to the nearby woods.

One firefighter was evaluated on scene and then ground transported to Sentara Obici Hospital for further medical evaluation.

Suffolk Police provided traffic control and the roadway in the surrounding area was closed during the response to the incident.

The fire was called under control at 4:55 p.m. and was ruled electrical in nature.