After getting past seed 16, UVA men’s hoops shifts focus to Sweet 16 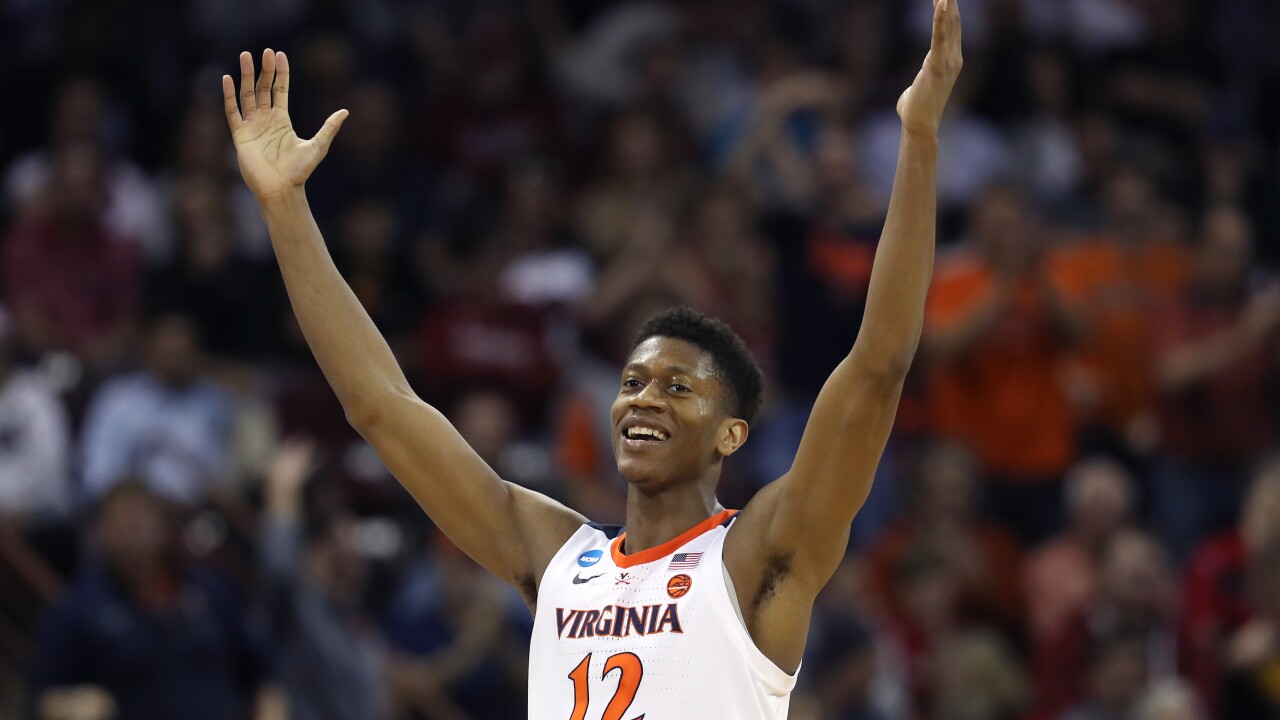 COLUMBIA, SC – ‘Sooner’ or later, the Virginia men’s hoops team will return to the Sweet 16. With a victory vs. the Oklahoma Sooners Sunday, the Cavaliers will punch a ticket to their first Sweet 16 since 2016.

After opening the NCAA Tournament with a 15-point come-from-behind win vs. 16th-seeded Gardner-Webb, UVA draws 9th-seeded Oklahoma Sunday at Colonial Life Arena in Columbia. The Sooners opened the tournament with a 23-point win over Ole Miss on Friday.

“I think how we won yesterday is a huge testament of our growth from last year,” explained Virginia guard Kyle Guy. “Last year, we were in the same situation, and we panicked as an entire program, and this year we didn’t, and we took care of business and got the job done. Yeah, we can breathe a little bit easier now, but at the same time, it’s the NCAA Tournament, so like you said, we’re not relaxed. We’re not content by any means. We still have our foot on the gas and just trying to go as far as we can.”

The Cavaliers own a 2-and-1 advantage in the all-time series with the Sooners, including a Sweet 16 victory over OU in 1989 NCAA Tournament – the only previous postseason meeting between the two programs.

Tomorrow, @UVAMensHoops takes on Oklahoma. It's not like casual hoops fans from #Texas wouldn't root for #Wahoowa/against the #Sooners). But just in case, UVA's Tony Bennett is using an iconic Texas movie as motivation: Friday Night Lights. #TexasForeverhttps://t.co/RDfyPmvI4h pic.twitter.com/WUnyHdDssw