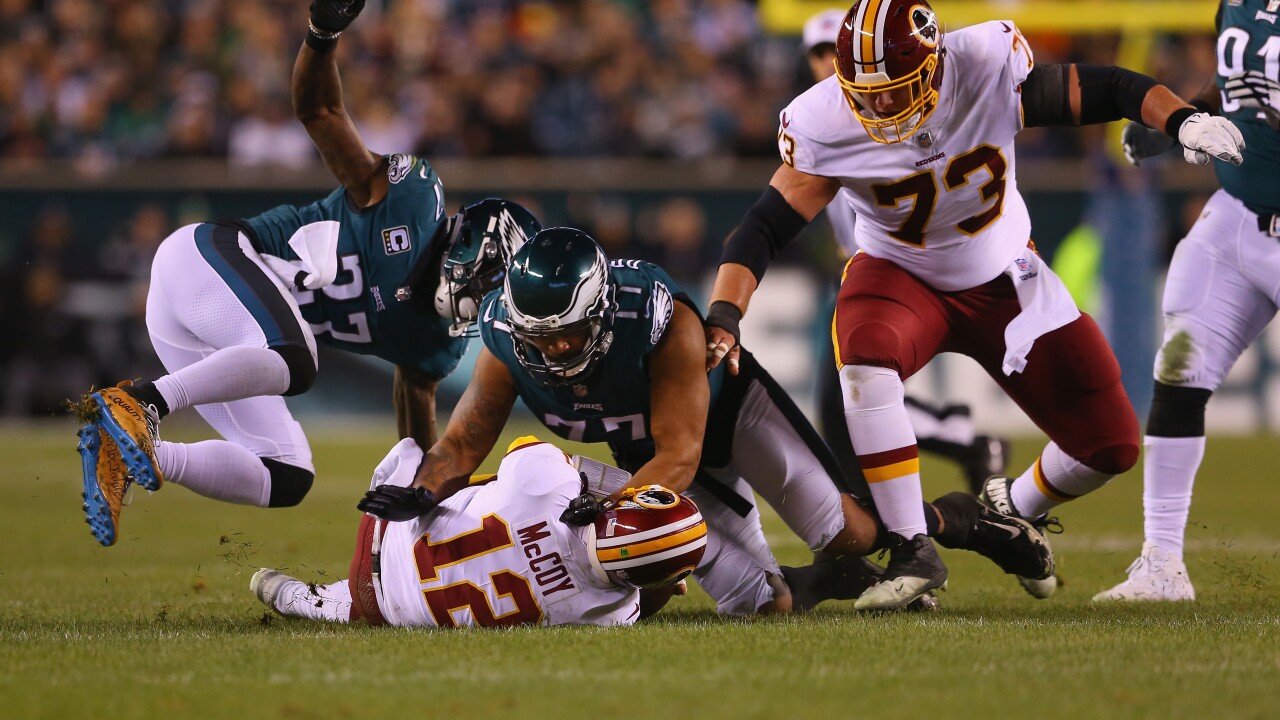 Redskins QB Colt McCoy leaves the field after fracturing his fibula vs. Eagles

Back in December, McCoy broke his fibula early in a game against the Philadelphia Eagles which ended up being a season-ending injury. Quarterback Alex Smith was already sidelined with a broken leg and the ‘Skins were scrambling to find anyone to play quarterback late in the season. Hope from the team in December was that McCoy would be ready for week one of the 2019 season.

According to Tarik El-Bashir of The Athletic, McCoy had another surgery on his right leg.

Colt McCoy, who’s been spotted on crutches, did indeed have another surgery on his right leg, which he broke in December. The procedure was more of the “preventative maintenance” sort, I’m told, and he’s expected to be ready when the #Redskins’ offseason program begins.

While the timetable of the procedure is unknown, the team still hopes McCoy to be ready for offseason work. Being ready for training camp in early August would be ideal for the team that still has many questions at the quarterback position.

Quarterback Case Keenum in 2018 with the Denver Broncos. (Photo by Patrick Smith/Getty Images)

Earlier this month the Burgundy and Gold traded draft picks with the Denver Broncos for quarterback Case Keenum to bring insurance to the position that the Redskins haven’t had real stability for more than two decades.

It is unsure what the Skins will do in the upcoming NFL draft coming up in late April. They have been rumored to be leaning towards drafting a quarterback with the 15th overall pick in the first round.  If the team does not use draft picks for the position in April, fans can look forward to a quarterback competition at training camp for which Texas native will start week one.