Mixed martial arts fighter Conor McGregor has announced his retirement from the sport, posting the news on Twitter.

“I wish all my old colleagues well going forward in competition. I now join my former partners on this venture, already in retirement. Proper Pina Coladas on me fellas!”

The controversial Irish fighter, whose nickname is “Notorious,” is currently ranked 8th on the Ultimate Fighting Championship (UFC) pound-for-pound list. He leaves the sport with a 21-4-0 record, and UFC belts in two divisions.

McGregor’s announcement comes just hours after an interview aired on “The Tonight Show” with Jimmy Fallon in which the fighter claimed he was in negotiations for an upcoming fight.

McGregor, told Fallon, “My next fight, we’re in talks for July. We’ll see what happens. A lot of politics going on. The fight game is a mad game but as I said again, to my fans I am in shape and I am ready.”

This isn’t the first time McGregor has tweeted his retirement. In 2016, he tweeted “I have decided to retire young. Thanks for the cheese. Catch ya’s later.”

CNN has reached out to McGregor and the UFC for comment on the announcement.

Earlier this month McGregor was arrested on charges of felony strong-armed robbery and criminal mischief following an altercation with a photo-seeking fan.

The fan and McGregor were leaving the Fontainebleau Miami Beach hotel, when the fan tried to take a picture with the fighter with a cell phone, according to a police report. McGregor then slapped the phone out of the fan’s hand and stomped on the phone several times.

Last April, McGregor was charged with assault, attempted assault and criminal mischief after he and others allegedly attacked a bus carrying UFC fighters at the Barclays Center in Brooklyn.

The incident left at least two athletes injured and unable to fight at the UFC 223 event two nights later.

McGregor’s last fight ended with a fourth round loss to Russian fighter Khabib Nurmagomedov, a bout that was marred by ugly scenes following his defeat.

Both fighters received bans after a post-fight brawl erupted — the Irishman was handed a six-month suspension and fined $50,000, while his opponent was banned for nine months and fined $500,000 by the Nevada Athletic Commission. 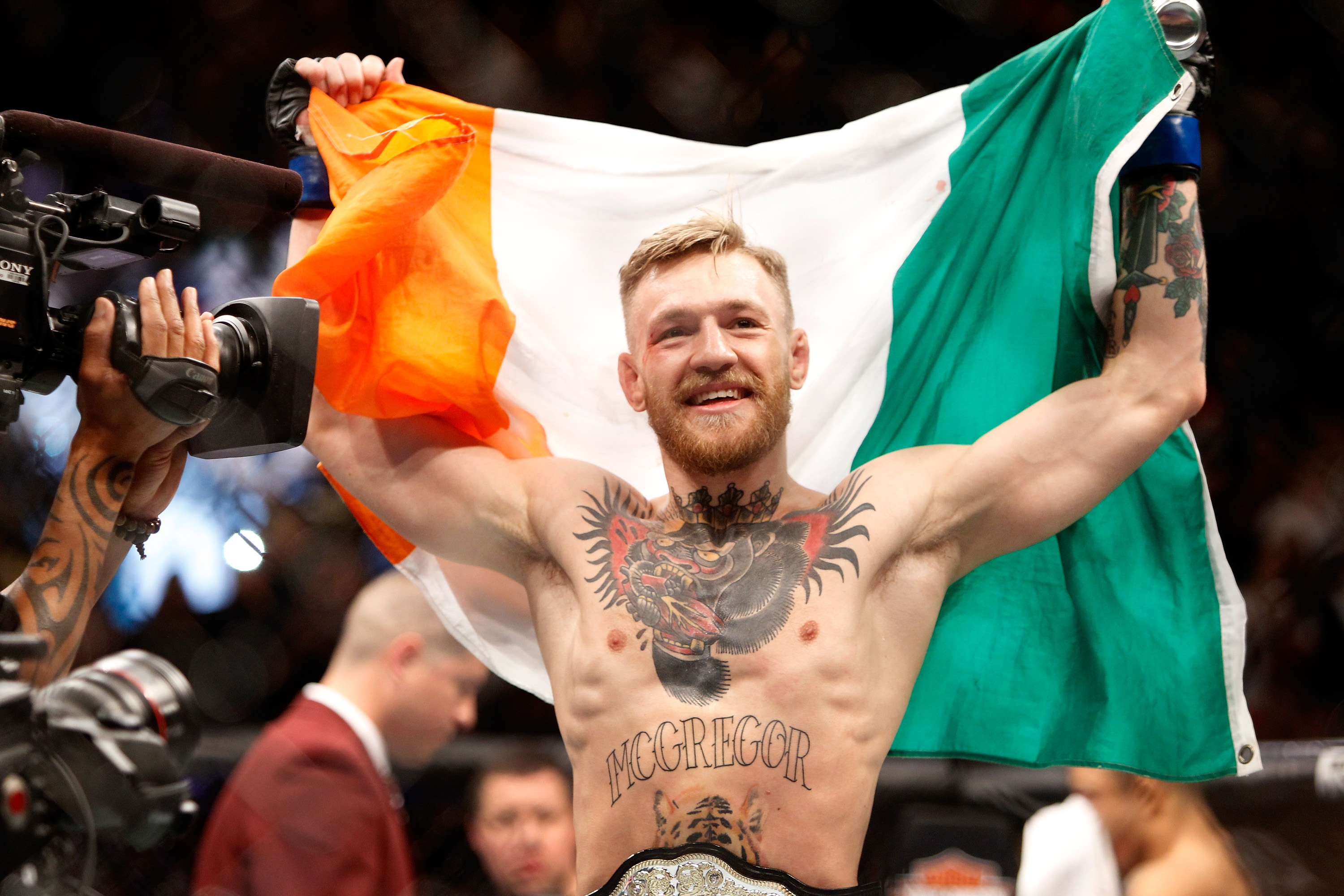