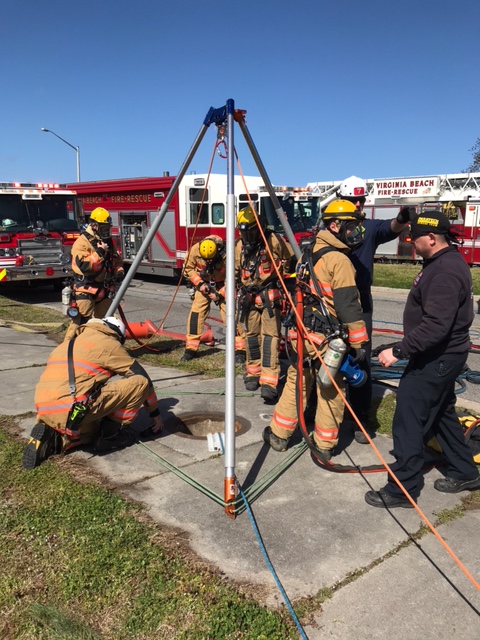 VIRGINIA BEACH, Va. – A homeless man was responsible for starting a fire in a sewer drain located off Oceana Boulevard, the Virginia Beach Fire Department says.

Around 2:17 p.m. Tuesday, firefighters responded to a report of smoke coming from the drain near the area where people observe jets landing at Naval Air Station Oceana. Officials discovered the man in the sewer when responding to the call.

The man told authorities he climbed down there to get warm; the department says he apparently started a small fire to generate heat and that passersby saw smoke rising from below the sewer cover.

VBFD responded with two technical rescue teams and made a confined space entry to make sure no one else was in the sewer and that the fire was out, which they confirmed.

The man, covered in soot, then came out of the sewer. He was taken to a local hospital to be treated for minor smoke inhalation.

Officials say the fire posed no threat to NAS Oceana and that they made base authorities aware of the situation.