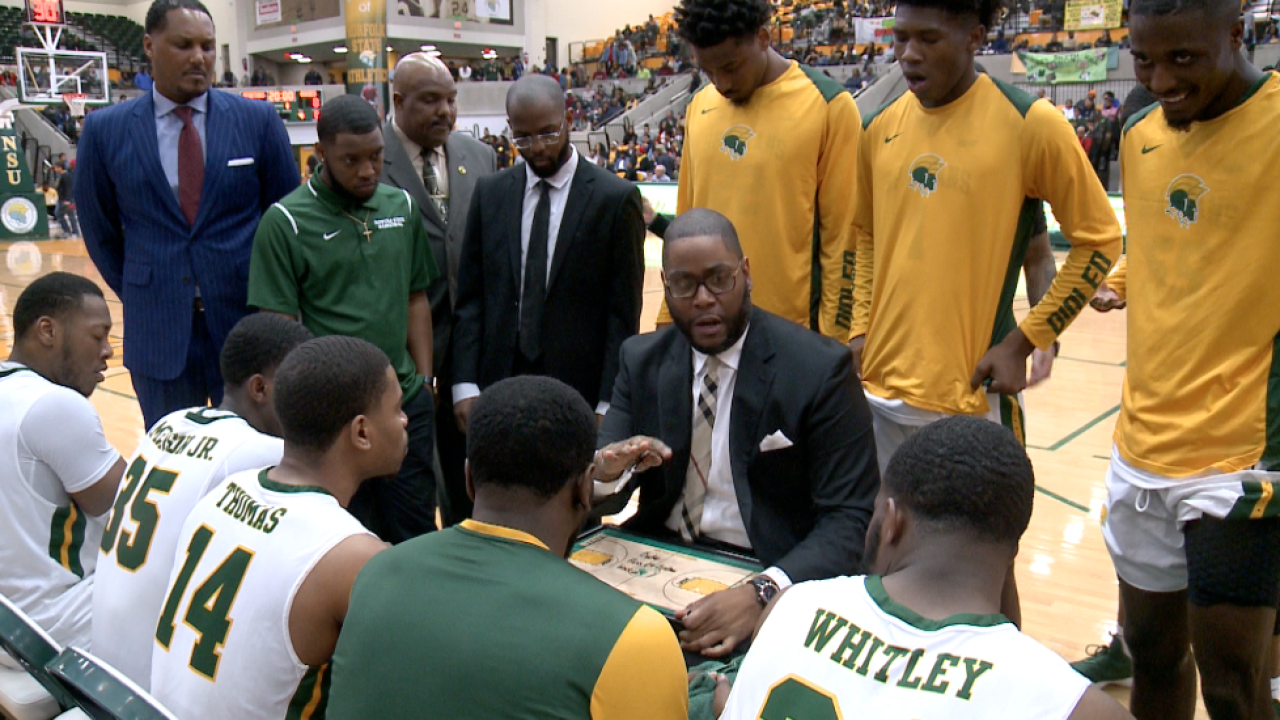 NORFOLK, Va. (NSUSpartans.com) – A big first half run made the difference on Monday night, as Colorado defeated the Norfolk State men’s basketball team by a 76-60 margin in the NIT second round at the CU Events Center.

The Buffaloes turned a tight game toward their favor thanks to a 19-3 run. They went into half up by 20, although the Spartans outscored them by four in the second half.

NSU saw its season come to a close at 22-14 following its second ever postseason victory last Wednesday at Alabama. It marked the second-most wins for the Spartans in their Division I era.

Colorado (23-12) moved on to the quarterfinal round of the NIT.

Sophomore Mastadi Pitt led the Spartans with 14 points, all in the second half. He and junior Nic Thomas each knocked down three 3-pointers on the night. Thomas had 10 points and senior Alex Long finished with 11, and Thomas grabbed a team-high nine boards.

Long was one of four seniors who played their last game with NSU along with Jordan Butler, Derrik Jamerson Jr. and Armani Branch.

The 19-3 run proved too much for NSU to handle, as they went into the locker room down 43-23. NSU gave it a ride early in the second half, cutting the deficit to nine following a 16-5 run.

That made it a 48-39 game after the first six and a half minutes in the second half. Thomas hit a couple of 3-pointers during that time for NSU to spark the turnaround.

But the Buffaloes responded with a 14-3 run of their own to get their lead back to its halftime margin of 20. Pitt continued his strong second half with a 3-pointer and three free throws, and NSU got as close as 16 three different times late in the game.

The Buffaloes had an early five-point lead to start the game, but Long had three baskets in the first six minutes of action as NSU was within one at 11-10. Junior Steven Whitley completed a 3-point play a few minutes later to get the Spartans to within six, but the Buffaloes began their big push after that.

Their 19-3 run lasted almost nine minutes and made it 37-18. NSU finally ended an eight and a half minute field goal drought when Branch nailed a 3-pointer from the right corner. Freshman BJ Fitzgerald later had a tip-in, but Evan Battey completed a 3-point play with .1 seconds on the clock to send Colorado into the locker room up 43-23.

Battey finished with a double-double of 12 points and 10 rebounds, while Tyler Bey tallied a game-high 17 points on 7-of-8 shooting with nine rebounds. CU held the advantage in points in the paint (36-22).

The Spartans shot just 10-of-21 from the free throw line but they did end the night with eight 3-pointers.