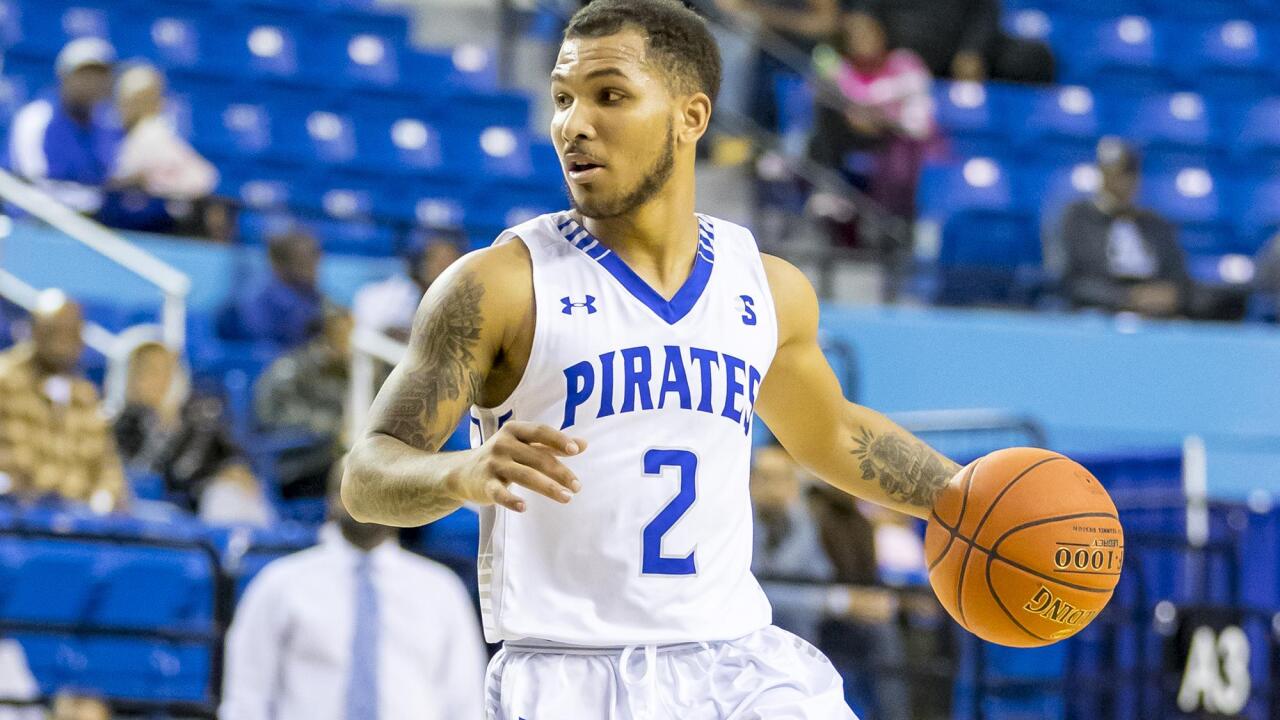 HAMPTON, Va. – The Pirates are still marching through the month of March.

Hampton men’s basketball team came back to win against Charleston Southern 73-67 in the second round of the CollegeInsider.com Tournament Tuesday night. Junior Jermaine Marrow led the Pirates with 20 points that helped Hampton rally back from an 11-point second half deficit to advance their post-season play.

All five Pirate starters ended up with double figures in the scoring column of the game’s box score. Senior Trevond Barnes had a season-high 13 rebounds and completed his second double-double on the year with 13 points. The Pirates started the game strong hitting eight of their first 13 shots, but in their final 22 possessions of the opening half they were 3-of-14 with eight turnovers as they trailed 35-29.

While they were 10-of-31 from the floor in the second half, Hampton was 22-of-23 from the foul line to help ice the win.

Hampton saw the Buccaneers jump out to an 11-point advantage, two different times during the second half. The Pirates rallied back to score 44 points in the second and take their 17th win and go above a .500 winning percentage for the first time in their first season in the Big South conference.