About 6,000 Sailors left as part of the strike group for what the Navy says is a regularly-scheduled deployment.

This is the first deployment since the carrier underwent mid-life refueling and overhaul at Newport News Shipbuilding in 2017.

"When you bring the ship back to life, it's almost like Spring training in baseball or pre-season football. It's about sets and reps, blocking and tackling, making sure Sailors are familiar with the fundamentals," Rear Admiral John Wade, Commander of Carrier Strike Group 12, told News 3 anchor Todd Corillo on the pier.

At the conclusion of the deployment, the Lincoln will move to a new homeport of San Diego, California.

This move will allow the USS John Stennis (CVN 74) to shift homeport to Norfolk, ahead of its scheduled refueling in Newport News.

Deploying alongside the Lincoln are nine squadrons of Carrier Air Wing Seven, as well as the USS Leyte Gulf, USS Bainbridge, USS Mason and USS Nitze. All of those ships are stationed at Naval Station Norfolk.

The Spanish Navy frigate ESPS Mendez Nunez is also operating as part of the Lincoln strike group during the deployment. 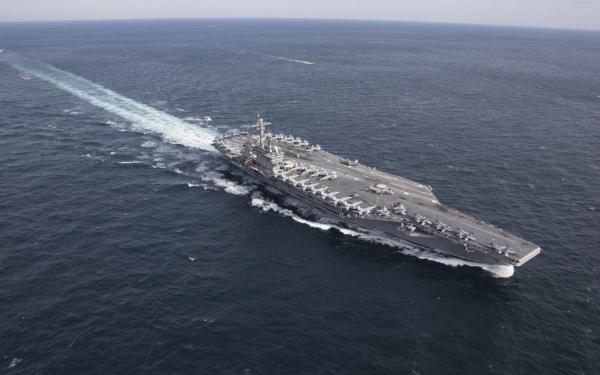