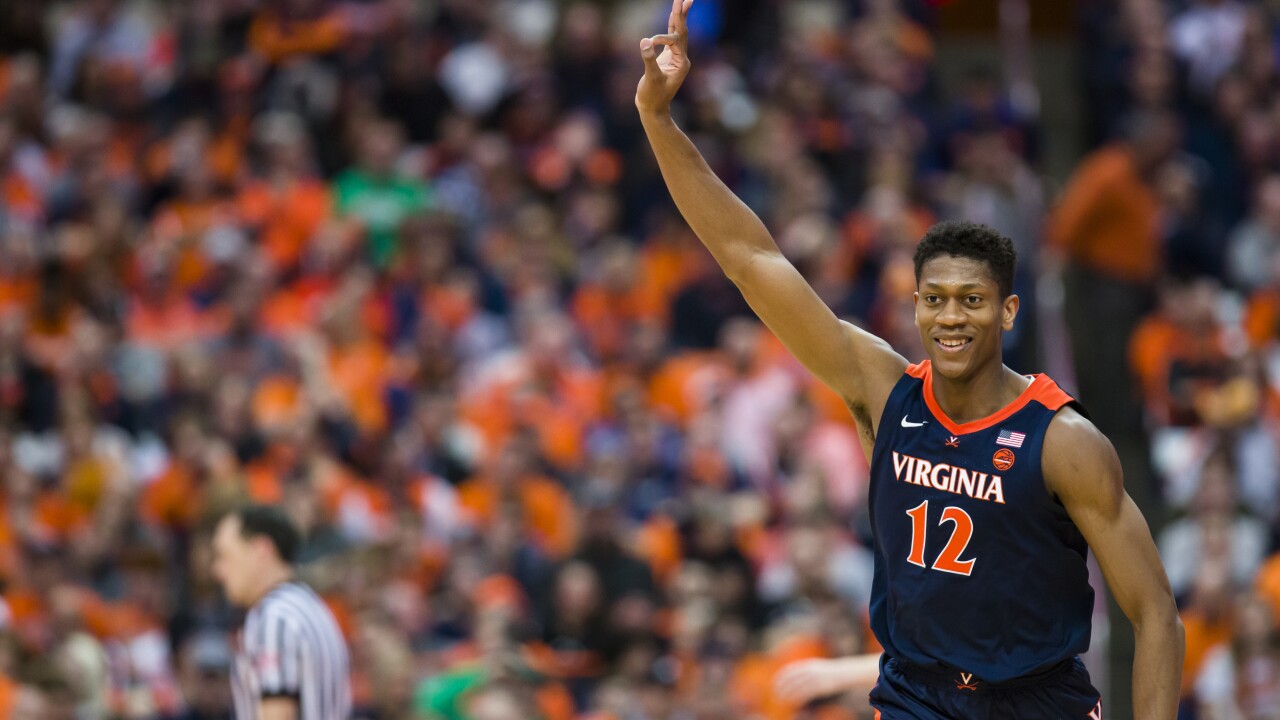 Hunter leads No. 2 Virginia (31-3) in scoring at a career-best 15.2 points per game. He ranks third in the ACC in field goal percentage (52.9%), seventh in free throw percentage (78.9%) and 12th in scoring. The All-ACC first-team selection and ACC Defensive Player of the Year has nine 20-point games, including a 23-point effort against Gardner-Webb in the NCAA first round.