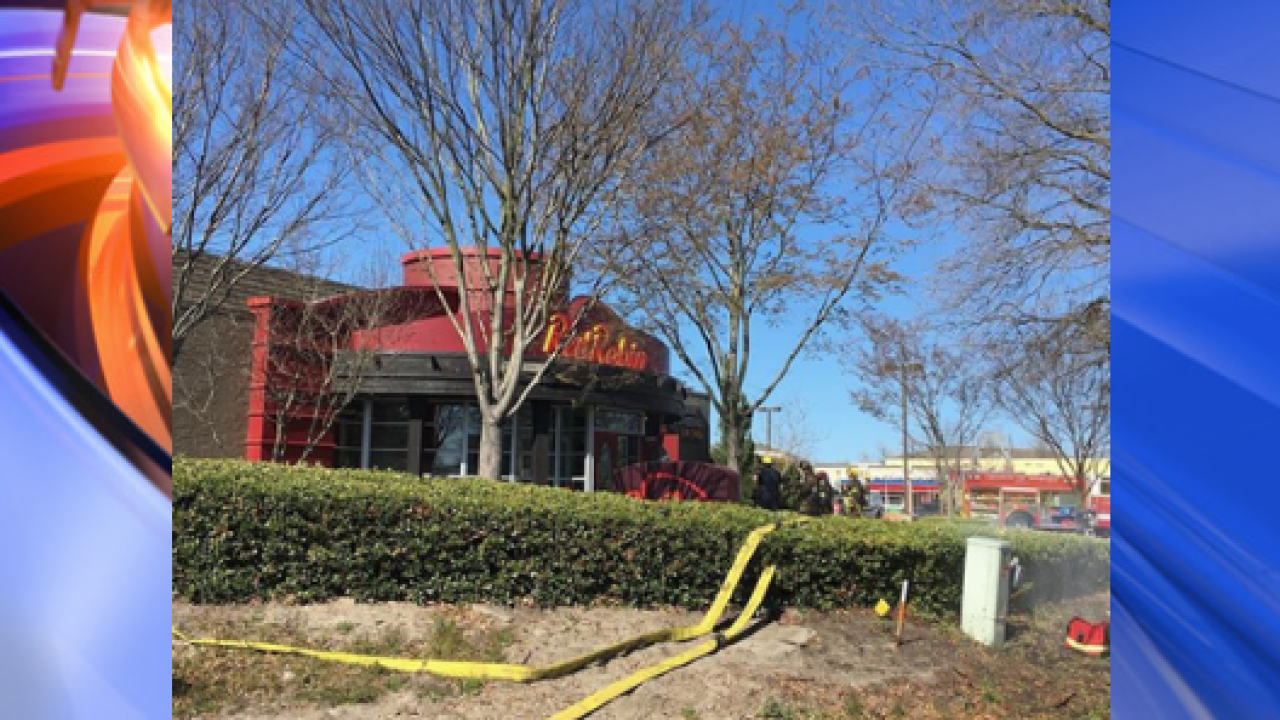 According to the department, the call came in at 3:31 p.m., while firefighters were on the scene of another fire on Centerville Turnpike. Firefighters arrived to the scene by 3:34 p.m.

Firefighters opened a wall using chainsaws to extinguish the fire before it could spread. The fire was called under control at 4:13 p.m., and was declared fully extinguished at 4:39 p.m. after the roof and surrounding walls were checked for fire spread.

The business will be closed until the damage is assessed.

Firefighters said the fire was caused by an improperly-extinguished cigarette, which caused a fire in the mulch outside the building. The mulch fire then spread from the outside of the business to the inside through the wall.

No injuries were reported to civilians or firefighters.

While fighting a fire on Centerville Turnpike, firefighters were dispatched to Red Robin at 1024 Eden Way North for a commercial fire. Firefighters are working to bring a fire in the wall of the restaurant under control. Dispatched 3:31pm. On scene 3:34pm.

This is a developing story and will be updated.