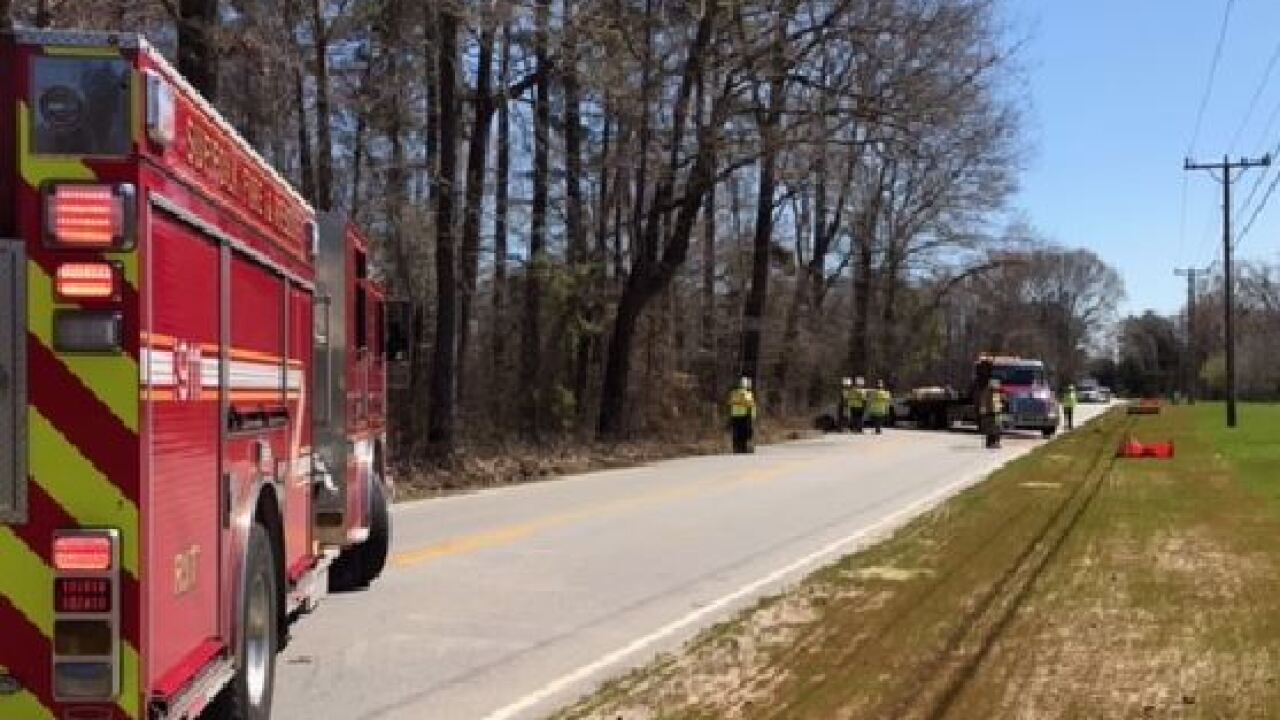 Around 10:45 a.m., the single vehicle crash affected traffic in the 4500 block of Nansemond Parkway, officials said.

After a preliminary investigation it was determined that a truck was traveling on Nansemond Parkway when the driver over-corrected and went into the ditch, where a portable tank containing a large quantity of lawn insecticides then spilled.

First responders were able to contain the spill and the Fire Marshal confirmed there is no danger to the public or waterways.

In addition to crews from Suffolk Fire & Rescue, a Virginia Emergency Management Hazardous Material Officer was on scene assisting in clean-up efforts.

A portion of the roadway in the affected area is anticipated to remain closed for several hours to allow for clean-up, and traffic will then be alternating on one lane, officials said.