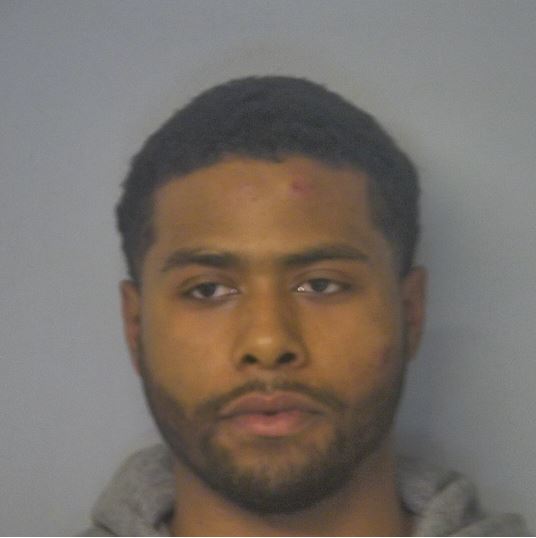 WILLIAMSBURG, Va. – A man was arrested for assaulting multiple officers with the Williamsburg Police Department earlier this week.

Around 3 a.m. an officer initiated a traffic stop on a vehicle that was stopped illegally in the roadway in the area of Francis Street and South Nassau Street. The driver, 25-year-old James R. Scott, had two passengers in the vehicle who both fled the area on foot before the traffic stop.

The officer approached Scott and saw a handgun between Scott’s legs. The officer confiscated the gun and tried to detain Scott, who assaulted the officer and fled the scene.

Scott eventually returned to his vehicle, assaulting two other officers as they placed him under arrest.

An investigation revealed that Scott had pointed his gun at the two passengers in his vehicle before the traffic stop. Authorities also found marijuana in Scott’s possession.

Scott was taken to the Virginia Peninsula Regional Jail, where he was served with eight warrants:

Officers were able to find Scott’s two passengers, one of whom – 39-year-old Azzure D. Yarbrough – was in possession of a controlled substance. Yarbrough was also wanted out of Hampton for failing to appear in court.

Yarbrough was arrested and taken to the Virginia Peninsula Regional Jail, where she was served a warrant for possession of a controlled substance.