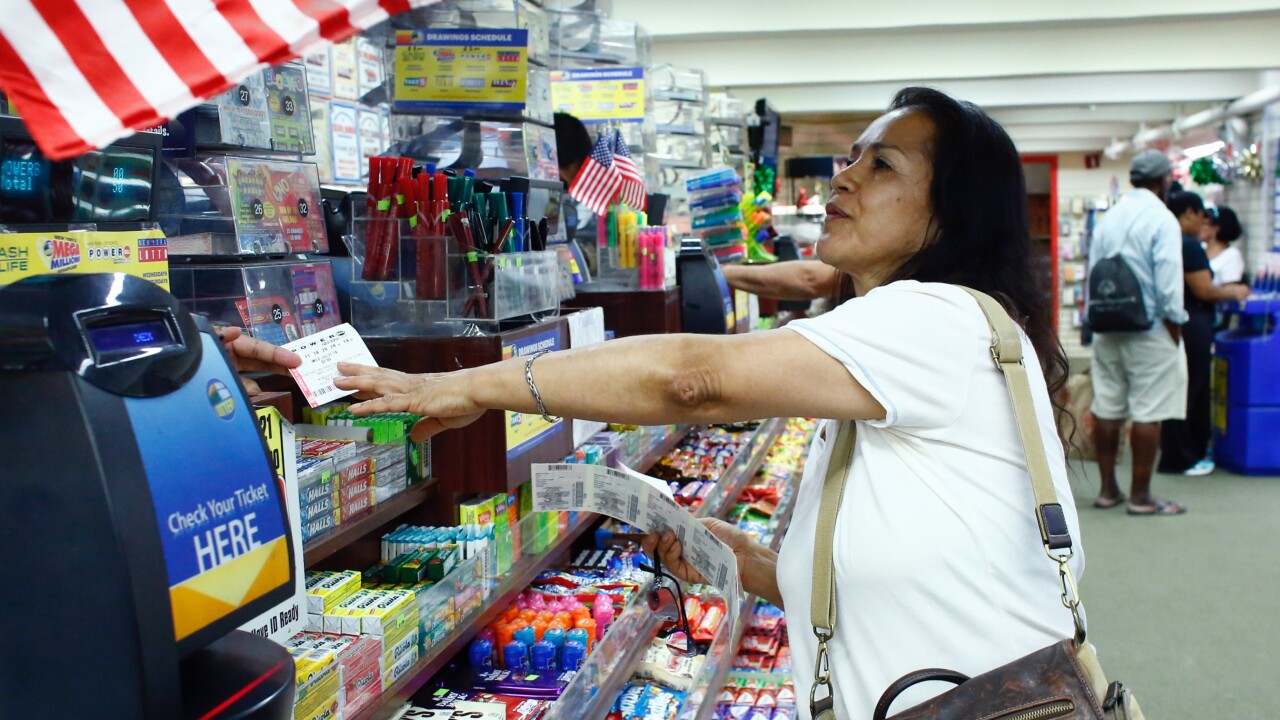 NEW YORK, NY – JULY 27: A woman buys a powerball lottery ticket at a store in Penn Station on July 27, 2016 in New York City. The Powerball drawing on Wednesday will give lottery players a shot at a jackpot of $422 million, which would rank as the nation’s 11th largest lottery payout. (Photo by Kena Betancur/Getty Images)

Wednesday’s jackpot-winning Powerball ticket may have been sold in Wisconsin, but more than 110,000 tickets bought in Virginia won prizes.

According to the Virginia Lottery, one of Wednesday’s biggest winners was a ticket bought at a Farm Fresh in Portsmouth, netting its buyer $150,000.

The Virginia Lottery said in a tweet that during the 26 drawings from December 2018 to March 2019, sales of Powerball tickets in Virginia generated an estimated $17 million in profit for K-12 public education.

There were Virginia winners too! In yesterday's drawing, more than 110,000 Powerball tickets bought in Virginia won prizes. That includes one ticket that won $150,000, which was bought at a Farm Fresh in Portsmouth. #VAisForWinners 🏆