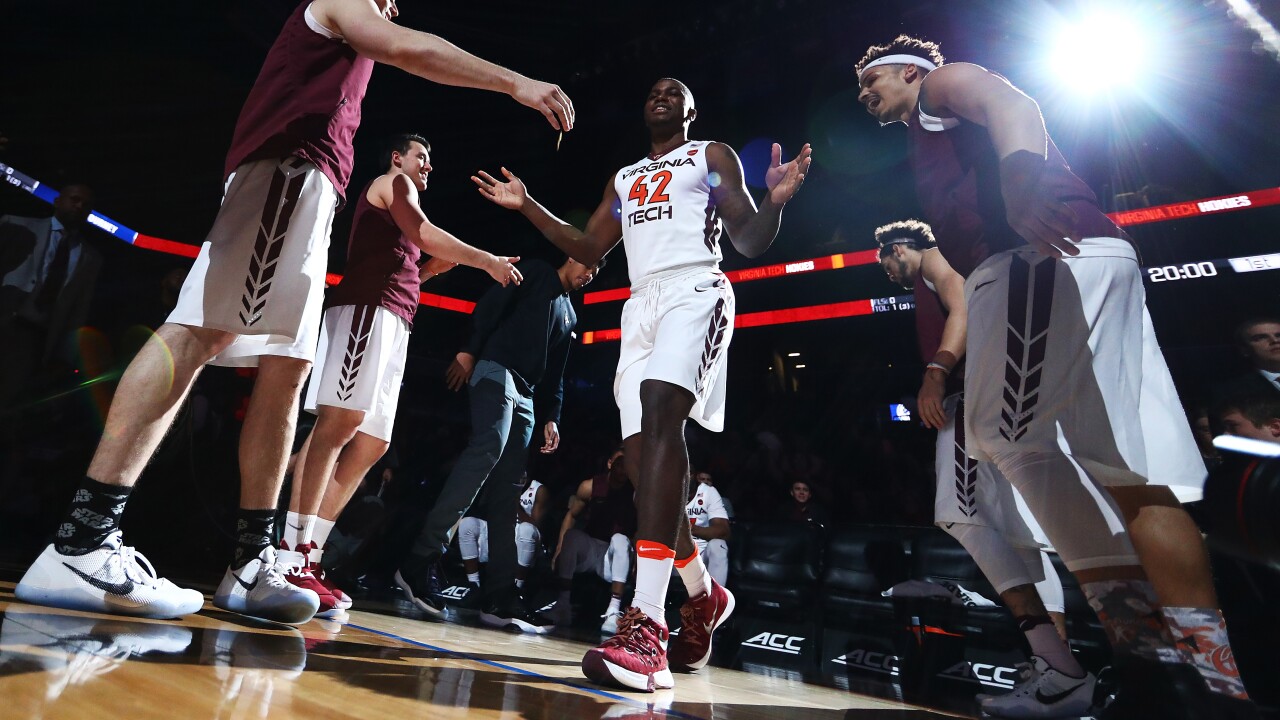 Virginia Tech’s Ty Outlaw, who scored 11 points in the Hokies’ February 26th victory vs. Duke, was charged with marijuana possession last week, only a day before they played in their first round game against Saint Louis.

Thursday, Virginia Tech coach Buzz Williams released a statement on the incident – saying Outlaw has been cleared to play after cooperating with authorities and passing a drug test.

“I appreciate that there are questions related to Ty Outlaw and his status,” said Williams. “Ty has given me permission to share this information. The disturbance that led to the search warrant occurred while Ty and our team were in California last week. While Ty and our team were still in California, the authorities executed the search. Upon our return to Blacksburg on Monday evening, Ty became aware of the situation and was fully cooperative and transparent with local authorities and me.

“After gathering more information, we decided that an outside agency should perform a drug test on Ty prior to us departing campus on Wednesday and that test came back negative. After discussion with our Director of Athletics Whit Babcock and our athletics administration in accordance with our policies and procedures, we are following our departmental protocol involving misdemeanors.

“With that information in mind we intend to play Ty on Friday evening. We will continue to let the process play out and that’s all I can say at this time. If information changes we will respond appropriately according to our policies.”

Outlaw has started every game since February 2nd. He averages 8.7 points and 5.4 rebounds per game.

“Ty’s handled everything perfect,” Williams said Thurday. “He’s been transparent not only with me but with all the authorities involved. And I think it will play itself out. And maybe there should be an apology. Maybe not. Maybe that’s just me being overprotective. But I think we’ve handled it perfectly. And we’ll let the process play itself out.”

Virginia Tech faces Duke Friday at 9:39 p.m. in the Sweet 16. The game will be broadcast LIVE on News 3.