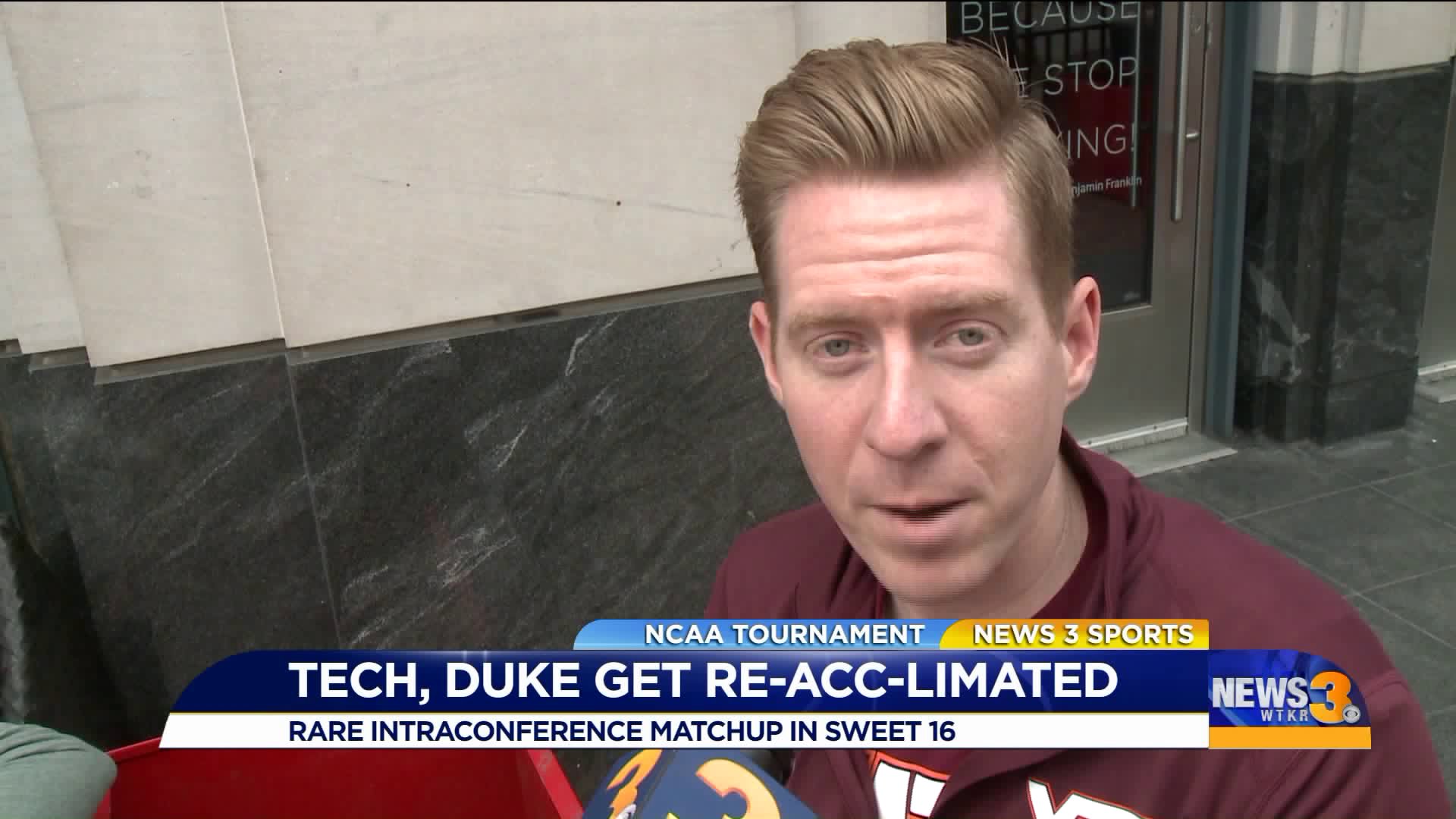 WASHINGTON - For just the third time in program history, Duke will duel with a fellow-ACC foe in the NCAA Tournament.

Friday, in a game to be broadcast LIVE on News 3, the Blue Devils take on Virginia Tech in the NCAA men's Sweet 16. The game is scheduled to tip-off at 9:39 p.m. at Capital One Arena in Washington, D.C.

In the Sweet 16 for the 27th time as a program and 25th time under head coach Mike Krzyzewski, Duke is 113-and-37 (.753) all-time in the NCAA Tournament, which is No. 1 all-time in winning percentage and third in wins. Coach K’s 96 NCAA Tournament wins are not only more than any other coach in history, they are more than all but five teams and eight conferences all-time in NCAA play.

"They're really good," Krzyzewski said of Tech. "And I said at that time, I thought Buzz really did as good a job as anybody in our league coaching. And they're veterans. They're together. They play -- they don't beat themselves. They do not beat themselves. And I really thought, at the end of the season, that there are five teams from our conference that could win the whole thing and the five that I thought are here, are in the Sweet 16."

We're about an hour 'til tip-off of @HokiesMBB vs. @DukeMBB - LIVE on @WTKR3.

3-time #Duke All-American Grant Hill is part of the @CBSSports broadcast crew. We chatted with him here in DC to get his thoughts on the matchup.#VTvsDUKE #MarchMadness https://t.co/RDfyPmvI4h pic.twitter.com/24Vbngffrt