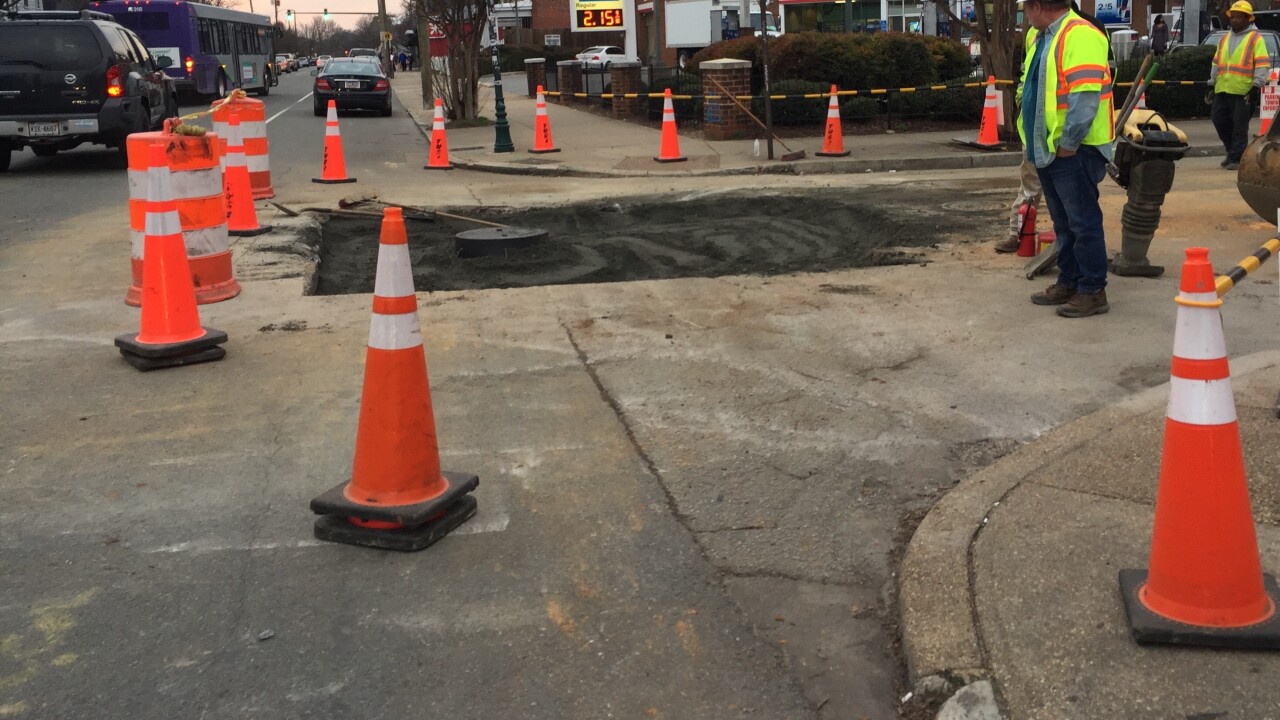 RICHMOND, Va. — Drivers would see improvements to interstate highways across Virginia if the General Assembly approves $280 million in budget amendments recommended by Gov. Ralph Northam, but state residents and truckers would pay additional taxes and fees.

Northam announced Thursday that he has proposed:

“We can’t wait another year to find a solution,” Northam said. “I am pleased to offer amendments that will establish dedicated funding sources to support improvements that will lead to a major reduction in crashes and travel delays.”

The governor wants nearly $151 million channeled into improvements along I-81. State officials estimated that those repairs would prevent 450 crashes and save drivers a combined 6 million hours spent stuck in delays.

A large chunk of that funding would come from the 2.1 percent increase in the motor fuels tax in the I-81 corridor — more than 40 localities such as Montgomery County, Roanoke, Harrisonburg and Staunton. The regional levy would generate $60 million annually.

Truckers driving through a state pay a mandatory road tax even if they do not stop for fuel. A statewide increase in road and diesel taxes would be phased in over three years and raise an estimated $142 million a year.

In addition, Virginia would raise its truck registration fee along I-81 so that it matches the average cost in neighboring states. This would bring in $76 million.

Northam laid out his recommendations in amending the state budget and other legislation passed last month by the General Assembly. Lawmakers will return to the Capitol on Wednesday to vote on the recommendations.

If the General Assembly approves the governor’s amendments, the money raised would be divided among several interstates based on truck miles traveled:

Moreover, Northam proposed awarding $20 million to the Northern Virginia Transportation Authority and setting aside $42.6 million for interstate improvements identified by the Commonwealth Transportation Board.

During the 2019 legislative session, lawmakers introduced six bills to fund the I-81 improvements through tolls and taxes. The General Assembly passed two bills creating the Interstate 81 Corridor Improvement Fund, but lawmakers could not agree on a source of revenues and left the fund empty.

Stephanie Kane, communications director of the Alliance for Toll-Free Interstates, said that without resources, the legislation does little to address the issue.

“The I-81 Corridor Improvement Fund just creates the existence of the fund, but it’s like creating the bank account without the money to go in it — there’s no revenue source,” Kane said.

Finding a funding mechanism that makes the interstate safer is the common goal, according to Sen. Bill Carrico, R-Grayson.

“With almost 50 percent of all Virginia goods being transported on the hundreds of miles of I-81, and 11 million trucks per year traveling this interstate, we need to work towards crucial improvements as soon as possible to make travel safer for the public,” he said.

I-81 accounts for 42 percent of the state’s interstate truck traffic and moves over $300 billion in commercial goods annually.

A state-funded study released in December said I-81 needs $2.2 billion in urgent improvements, such as widening lanes and adding signage.

Tiffany Wlazlowski Neuman, vice president of public affairs for the National Association of Truck Stop Operators, called an increase in fuel taxes “an efficient and effective means of accumulating funds for the roadways.”

“When those fuel taxes are collected, like 99 cents of every dollar that is collected goes toward infrastructure,” Wlazlowski Neuman said.