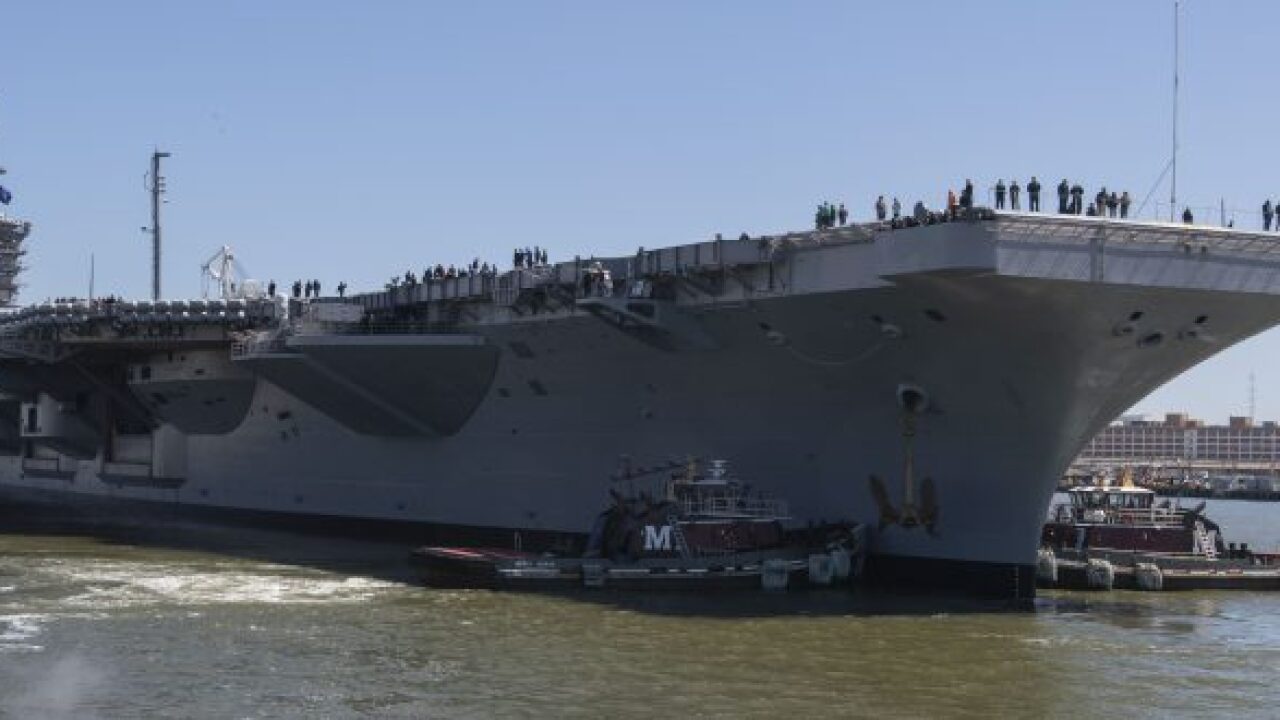 NORFOLK, Va. – The USS Dwight D. Eisenhower (CVN 69) officially marked the end of its Planned Incremental Activity Thursday, returning to sea for the first time in more than 18 months.

The ship docked for maintenance at Norfolk Naval Shipyard in August 2017, according to the Navy.

According to a release by Rear Adm. Roy Kelley, the ship will now turn to training to conduct “prompt and sustained combat operations at sea” in order to be combat-ready.

The Eisenhower now joins the USS Harry S. Truman (CVN 75), which according to the Navy remains ready to deploy when called on, and the USS Abraham Lincoln (CVN 72), whose members are training with elements of the ship’s carrier strike group before their upcoming deployment.