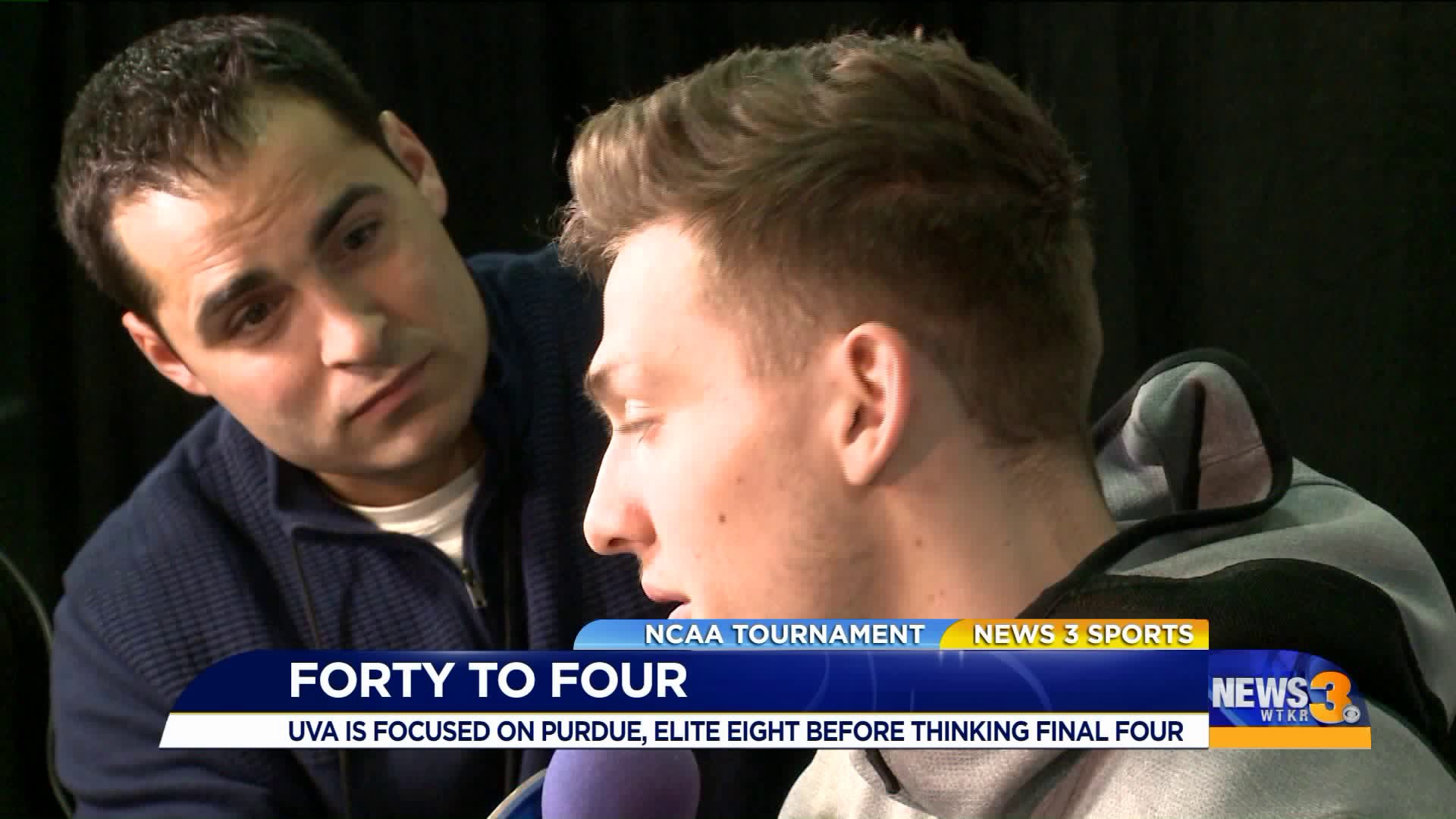 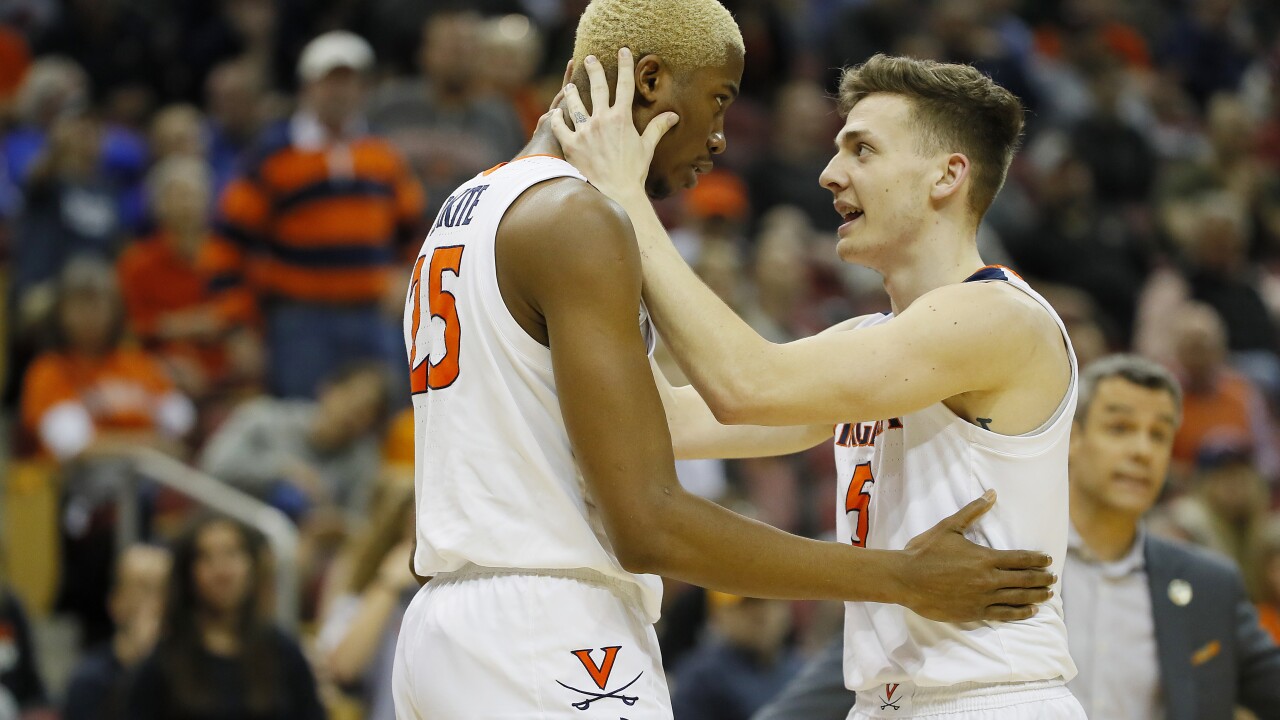 LOUISVILLE, Ky. - They've been here before. Now, they hope to get past the point that has plagued them in past years.

Virginia is back in the Elite Eight, set to face off against three-seed Purdue Saturday night at 8:49 p.m. Back in 2016, the Cavaliers were close to reaching their first Final Four since 1984, but blew a 15-point lead against Syracuse.

This time around, the Cavaliers are thinking "big picture". Mamadi Diakite, a redshirt freshman back when the 'Hoos reached the Elite Eight in '16, says "I want to go very far, I want to win a championship."

UVA has never won a national title in school history. "I'm seeing the big picture so in order to get there, I have to take care of each game. To me, its just 40 minutes. 40 minutes that I have to lay everything on the line."

Some admit, it's hard not to look ahead. "It's hard to keep your mind from wandering, but it's easy to snap back," Kyle Guy says. "After the way last year ended, don't overlook anybody, we respect every single team."

The Boilermakers have plenty of playmakers, namely Carsen Edwards & Ryan Cline. The top-ranked defense in the country will have their hands full when things tip off at the KFC Yum! Center.

News 3 is your home for March Madness. The Final Four & National Championship will both be aired on WTKR.