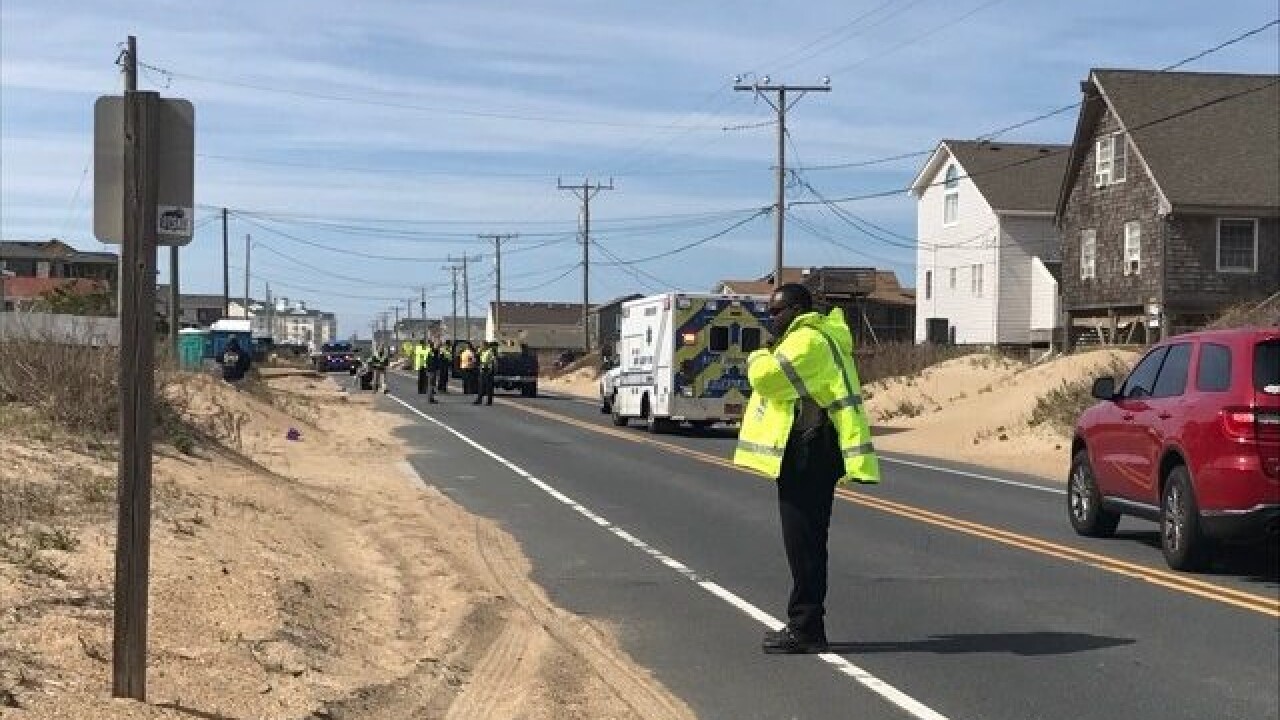 KITTY HAWK, N.C. – Two people have died after a pedestrian-involved crash on Monday.

A truck crashed into pedestrians in the area of NC 12 and Maynard Street.

One child that was struck had to be transported to the Outer Banks Hospital with minor injuries. The child has since been released.

One man and one woman were transported to Norfolk in critical condition. Both of the adults later died due to their injuries.

The driver has been interviewed and there are pending charges. No names are being released at this time due to the investigation being ongoing.

The cause of the crash has not been determined.