Woman gives birth to her own granddaughter for same-sex couple 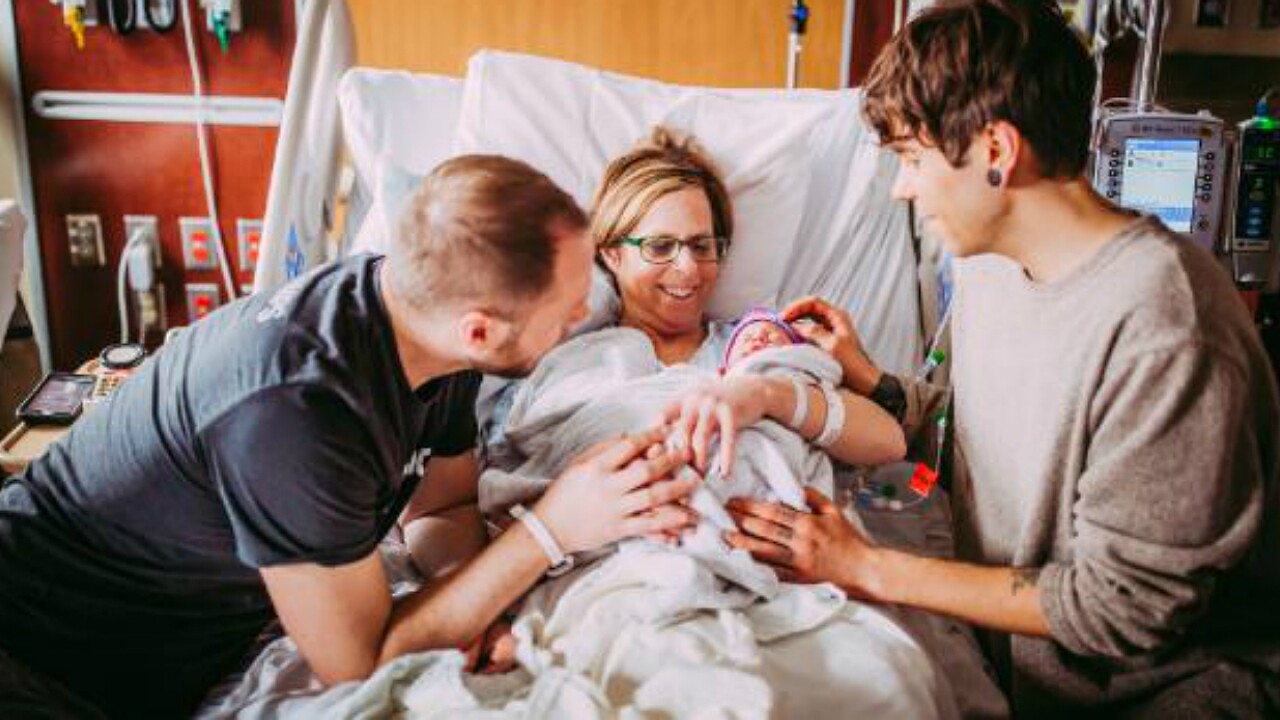 It might have been an unconventional path that brought the newborn here, but her two dads couldn’t be happier.

Same with her grandmother, who carried and delivered the girl. And her aunt, who donated eggs to conceive.

“When you are gay and married and want to have a kid, you go into it with knowledge that you are going to have to create a family in a special way,” said Matthew Eledge, a new dad along with his husband, Elliot Dougherty. “There are creative, unique ways to build a family.”

She was conceived via in vitro fertilization, using Eledge’s sperm and eggs from Dougherty’s sister, Lea Yribe.

“I had a lot of people in college say they would (carry and deliver a child), but when push comes to shove, that’s a huge commitment,” said Matthew Eledge, a teacher. Other options seemed “too corporate” to the couple, as though they were buying something.

“More than anything, we feel lucky to have women selfless enough to do this,” he said.

He and Dougherty, a hairstylist, say they are thankful for support from other family members and friends.

“What an honor it is to have these two women in our life,” Dougherty wrote on Facebook. “Life is a dream.”