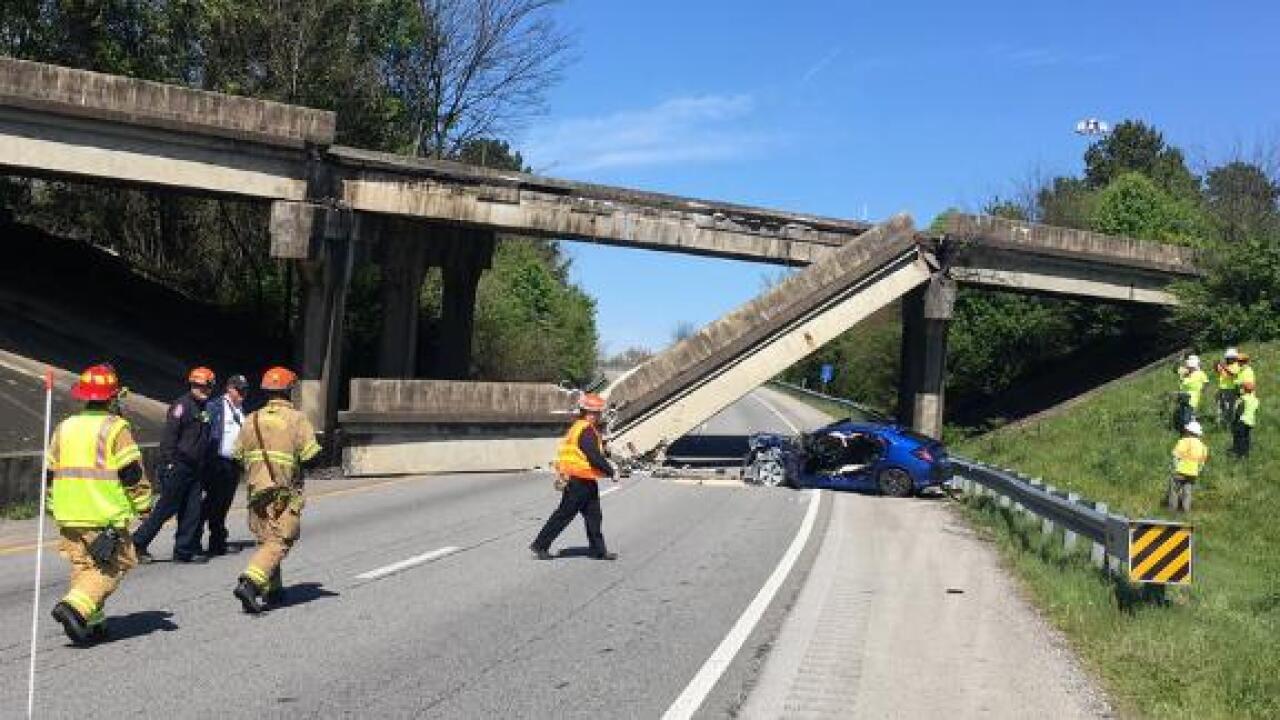 One person was injured after a concrete railing section fell from a bridge in Chattanooga, Tennessee, on Monday, shutting down two interstate ramps at one of the busiest intersections in the country.

The bridge collapse took place at the Interstate 75 North and I-24 West split, according to Chattanooga police. The railing from I-75 fell onto the I-24 ramp, according to the Tennessee Department of Transportation.

A concrete railing fell from a bridge onto the roadway below at the Interstate 75 North and Interstate 24 West split in Chattanooga, Tennessee, on Monday.

Chattanooga Mayor Andy Berke said on Twitter the I-75 and I-24 split is “one of the most heavily trafficked intersections in the country.”

The Tennessee Highway Patrol said Monday evening the I-24 westbound lanes at the interstate split had been reopened. TDOT spokeswoman Jennifer Flynn said crews opened one lane of I-75 southbound Monday night.

Investigators are trying to determine what caused the collapse. Officials told CNN affiliate WTVC-TV that it’s possible an oversized truck hit the railing and knocked it off, but so far no such vehicle has been found.

A ‘once in a lifetime accident’

TDOT officials told WTVC the bridge collapse was a “once in a lifetime accident.”

The bridge was built in 1959 and was last inspected in July 2018, according to a TDOT National Bridge Inventory and Appraisal Report obtained by WTVC.

Aside from being one of the busiest intersections in the country, as the city’s mayor said, former Tennessee Transportation Commissioner John Schroer said in November 2017 that the intersection was “probably the worst intersection we got in the state at the moment.”

A spate of recent overpass problems

And in March 2017, part of Interstate 85 in Atlanta collapsed after a massive fire broke out beneath the overpass. No one was killed nor injured.