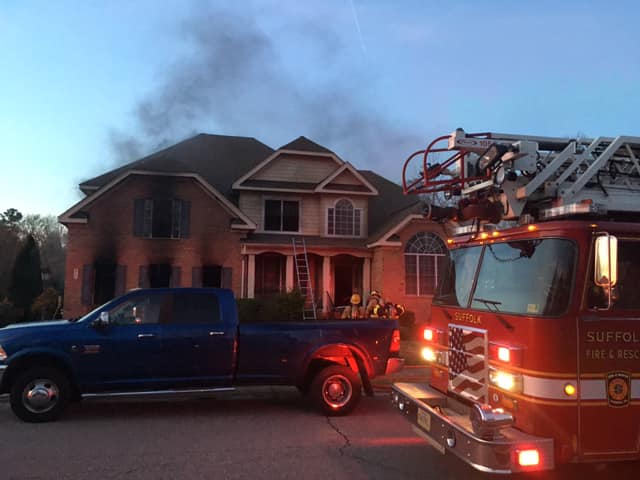 SUFFOLK, Va. – Suffolk Fire & Rescue responded Wednesday night to a fire at a home in the Governor’s Pointe neighborhood of Suffolk.

Officials say there was a car on fire inside the two-story home’s attached garage. Crews were able to contain the fire to the garage, but the residence sustained smoke damage, leaving a family of four displaced.

There were no injuries reported, and the fire was called under control at 8:03 p.m.

The Red Cross responded to assist the four people who were displaced, and the fire remains under investigation by the Fire Marshal’s Office.