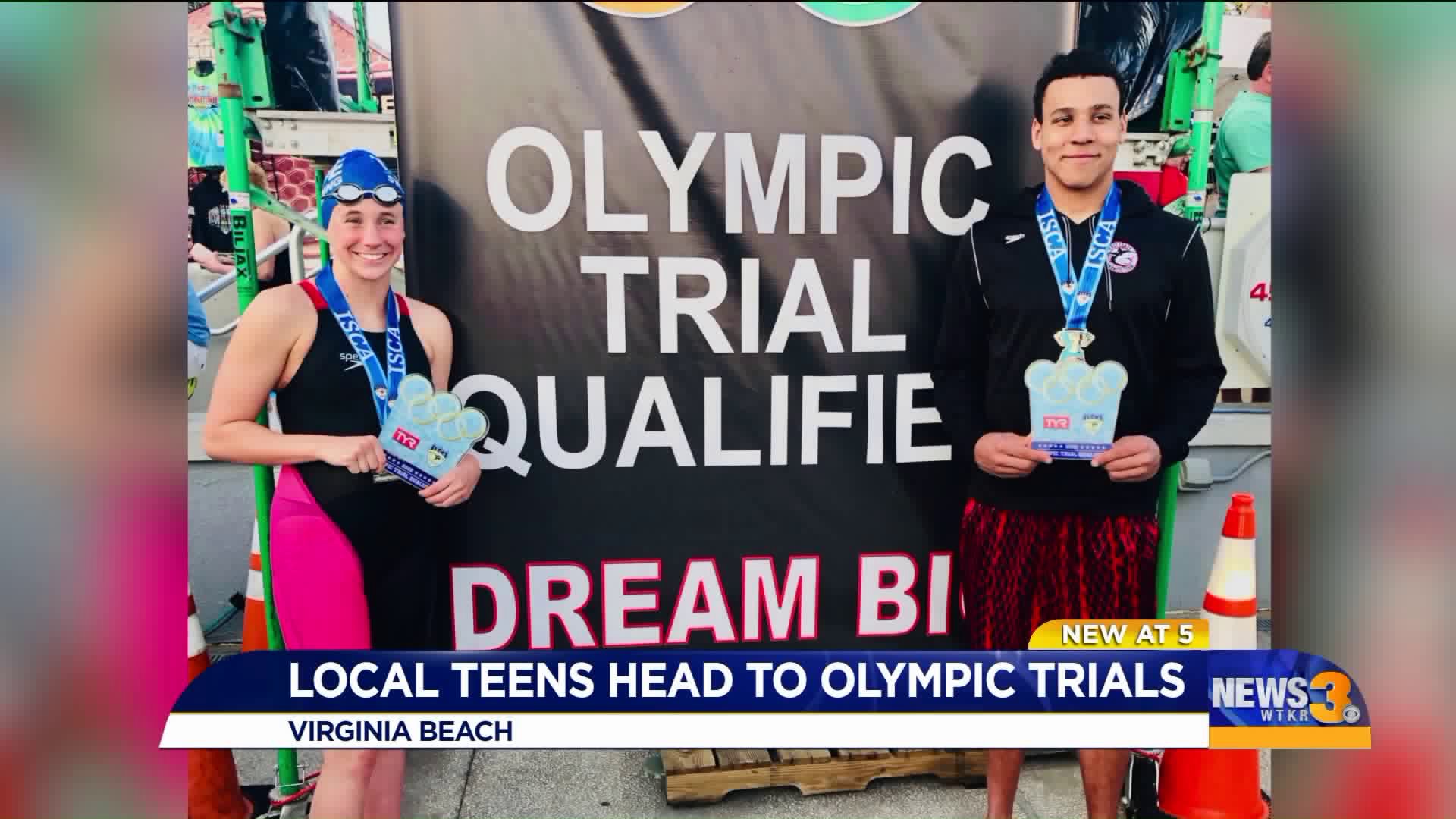 16-year-old Samantha Tadder of TIDE Swimming and 18-year-old Cason Wilburn of East Coast Aquatic Team both completed their Olympic qualifying swim in St. Petersburg, Florida, at the TYR ISCA Junior Championship Cup. Both Tadder and Wilburn are students at First Colonial High School. They also both swim on the school's team.

According to TIDE Swimming, this is the first time since 1988 that more than one local swimmer has qualified for the Olympic Team Trials.

The U.S. Swimming Olympic Team Trials will be held June 21 through 28, 2020, in Omaha, Nebraska, at the CHI Health Center Omaha. The eight-day competition will serve as the sole qualifier for swimmers on the 2020 U.S. Olympic Team.

The 2020 Summer Olympic Games will be held in Tokyo.