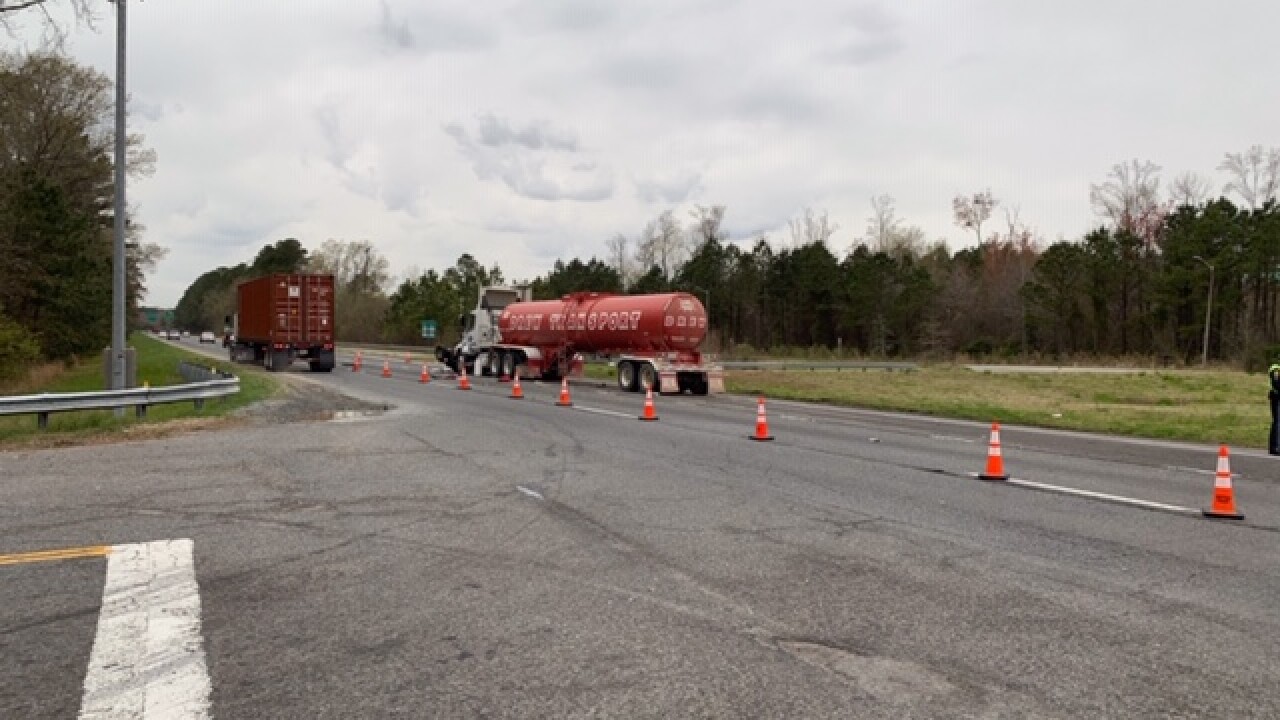 SUFFOLK, Va. — Police say that one man is dead after a two-vehicle crash in Suffolk around 7 a.m. Friday that happened on Route 58 westbound.

Officials said the two vehicles involved were a tractor-trailer and a Jeep, and added that the crash was at Bob Foeller Drive at the entrance to the SPSA Landfill.

Traffic was disrupted due to the crash and delays are still possible on Route 58. The roadway reopened at 2 p.m.

No further information is available for release at this time, and the crash’s cause remains under investigation.