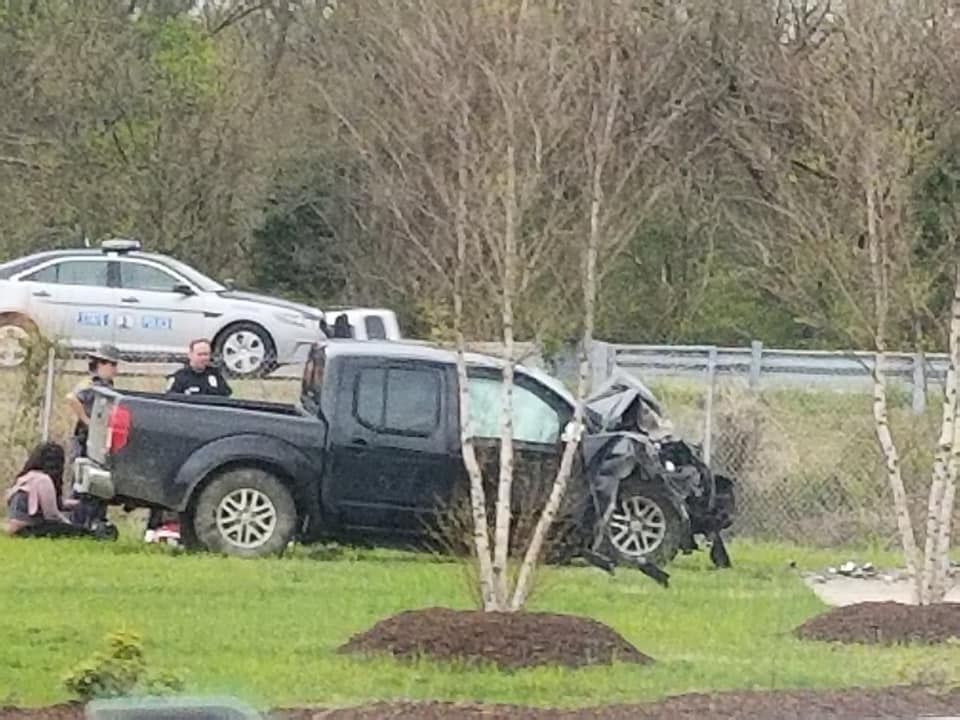 NORFOLK, Va. – A driver led the Chesapeake Police Department on a pursuit that ended in a crash at the Norfolk Premium Outlets Friday afternoon.

Police say the chase started after they responded to the 1000 block of Eden Way for a wanted male suspect, who was one of four male occupants in a black Nissan four-door pick-up truck. He was wanted on a misdemeanor warrant for failure to appear on a traffic offense in Virginia Beach.

When police arrived on-scene at 2:25 p.m., a vehicle pursuit ensued. The pursuit began in the 1400 block of Greenbrier Parkway, and then onto I-64 towards Virginia Beach.

Chesapeake Police lost sight of the vehicle near the Northampton Boulevard exit in the City of Norfolk, but the vehicle was later involved in a crash outside the Norfolk Premium Outlets.

All occupants of the vehicle were taken to a local hospital with non-life threatening injuries.

This story will continue to be updated as more details become available.