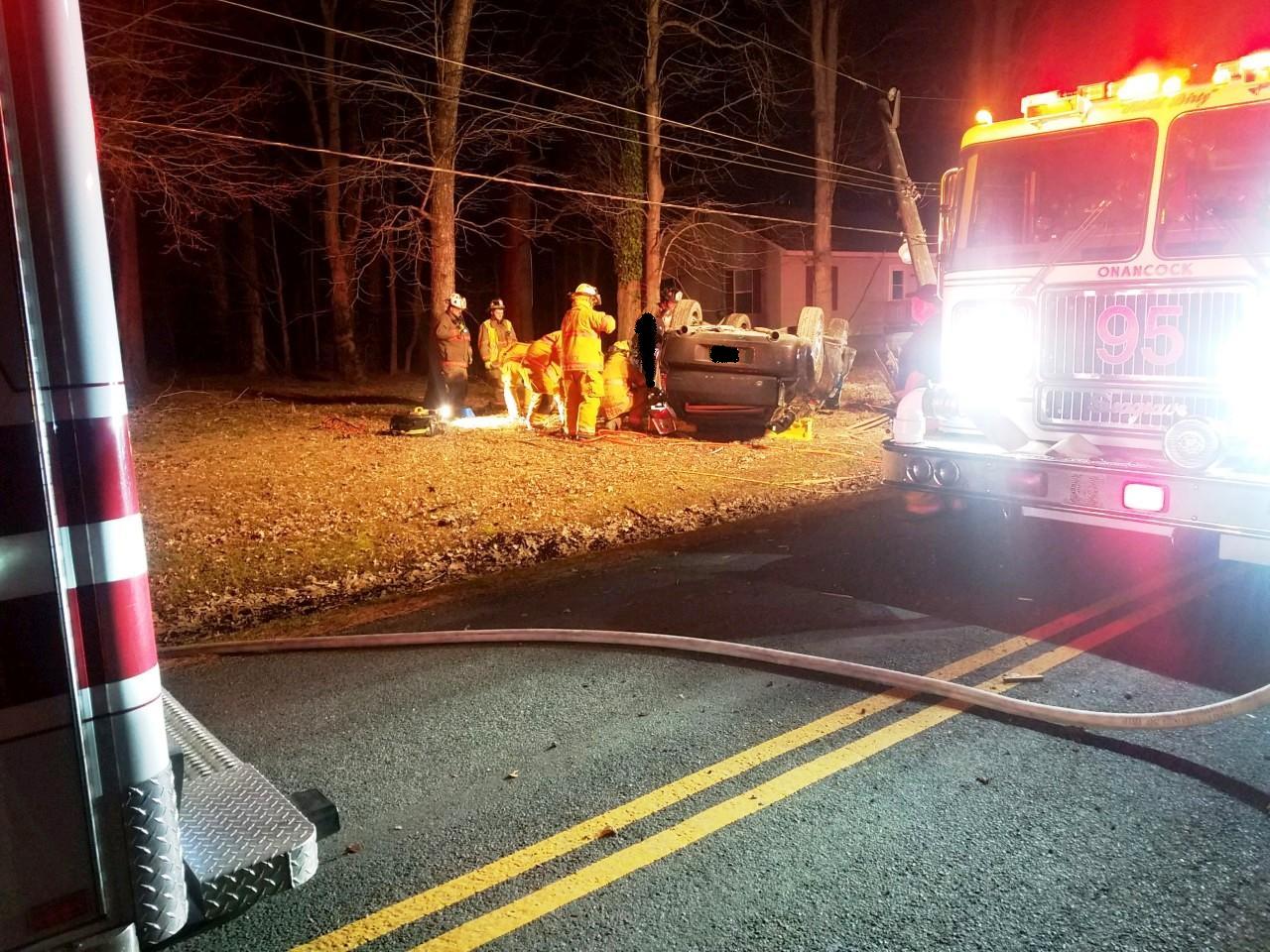 ACCOMACK Co., Va. – One person is in the hospital after their vehicle overturned in the 19000 block of Poplar Cove Road Thursday night.

Shortly before 8 p.m. Thursday, Onancock Volunteer Fire Department Station 9 responded to the area for a report of a crash with injuries. While units were en route, dispatchers upgraded the call to confirmed entrapment. Station 8 (Tasley) was also added to the assignment.

Engine 95, Medic 92 and Command 9 arrived to find a single vehicle that had overturned and severed a utility pole. One person was confirmed to be trapped inside, and crews began the extrication process as aviation was auto launched per protocol.

The victim was rescued from the vehicle in 13 minutes and was taken to the helipad at Riverside Shore Memorial, where Maryland State Police Aviation unit Trooper 4 then flew them to a trauma center.